This week we were proud to honour once again the outstanding civic engagement of individuals and organisations in the European Parliament at the SILVER ROSE awards ceremony. Under the patronage of the European Parliament, this event was made possible thanks to the S&D group, the TOGETHER initiative, the Party of European Socialists and our media partner EURACTIV. Usually it is the politicians, stakeholders and representatives of interest groups who speak in the premises of the EP. This time they came to listen and hear what the award winners had to tell them about their work, which is rarely in the spotlight and often carried out in difficult or even dangerous circumstances. What can we learn from these heroes who do not want to be heroes, but just citizens standing for progressive values and beliefs?

PRODIVERSA is an organisation that works for migrants in Spain and Morocco, setting an example by showing that that civil society does not care whether there is a European solution or not, whether the Salvinis of this world like it or not. Their action is driven by humanism and this makes the difference. Migration is about people in need and not about flows and figures.

The ROMAVERITAS Foundation acts for the Roma population in Hungary, a country which is moving towards authoritarianism, the so-called “illiberal democracy” of a President who is still part of the European People’s Party (EPP) and who received a letter of congratulations from the EPP Spitzenkandidat. The Foundation has an alternative programme, run by people who look after the Roma population through educational programmes, regardless of any other consideration.

The NEVEN SUBOTIC Foundation runs water supply programmes in Ethiopia. Neven is a football player with his own migration story against the background of the Balkan wars, who stands publicly against any form of racism and who spends his time in mobilising his and other means for very substantial social progress. He is not a hero, but a fighter and another outstanding example a world where football transfer fees have reached completely unreasonable levels.

The network WOMEN VICTIMS OF GENDER VIOLENCE has a strong message to deliver, to counter the silence surrounding this reality in all European countries. By putting the spotlight on them we can draw them out of the shadows as they engage not only morally but practically against the ordeal that these women have undergone.

Last but certainly not least we honoured RISA HONTIVEROS, a Senator from the Philippines who dares to stand against Duarte and his “extrajudicial killings” and the promotion of human rights under his very inhuman rule. All of them have an important message to deliver and provide inspiration for our work in and around the European institutions, for more social justice in Europe and worldwide. These people and their work reflect the true SOLIDAR, much more than position papers, drafts, motions and manifestos. You do not know why to get involved? Just follow these heroes for more than a day! Get inspired, get energy and act for change! 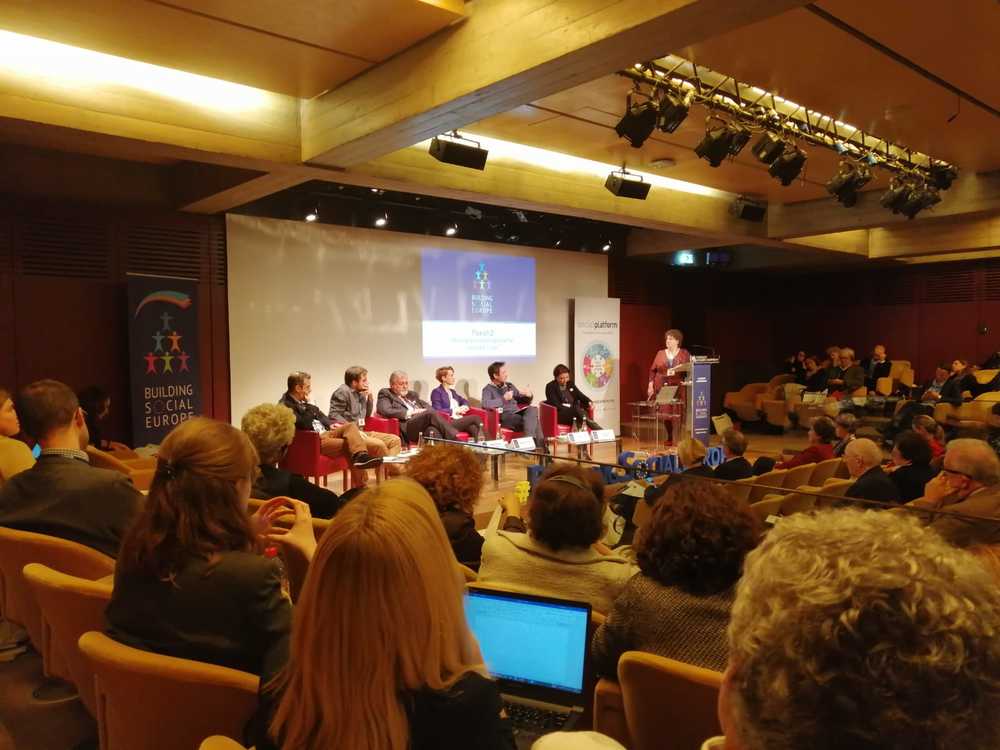 A Social Europe is achievable – with a coherent strategy and political will!