Stories of Change: SOLIDAR Network contribution to achieve the Sustainable Development Goals in Europe and Worldwide

On 25 September 2015, the UN General Assembly adopted the 2030 Agenda for Sustainable Development.  ‘Successor’ of the Millennium Development Goals (MDGs), the 2030 Agenda represents the ‘new’ global consensus on how to move towards more equal and inclusive societies that “leave no one behind” and a development model that serves people, promotes shared prosperity, puts at the center the respect and the protection of human rights, respects planetary boundaries, fosters peace and it is based on a spirit of global solidarity. It sets a series of 17 goals (SDGs) and 167 targets to be reached by 2030.The transformative vision of the 2030 Agenda offers a great chance to shift away from the current (unsustainable) development model that has put at its center economic growth, has led to growing inequalities, to the destruction of the environment, to a great concentration of power in few hands and that is exacerbating social conflicts and putting into question our model of democracy.

SOLIDAR members - working in Europe and worldwide - are actively contributing to the implementation of the 2030 Agenda and its SDGs. Their work provides examples of social, environmental and economic transformation.

To showcase these stories of change, between Tuesday 4th June – veil of the World Environment Day -  and Tuesday 9th July  – day of the opening of the United Nations High-Level Political Forum for Sustainable Development (HLPF)- SOLIDAR will release a set of thematic infographics highlighting its network’s contribution to reduce inequalities (SDG 10); promote decent work (SDG 8); gender equality (SDG 5); education and training (SDG 4) as well as sustainable consumption and production (SDG 12).

As part of the Make Europe Sustainable for All Campaign, the booklet “Stories of transformation” will be released on July 9th. 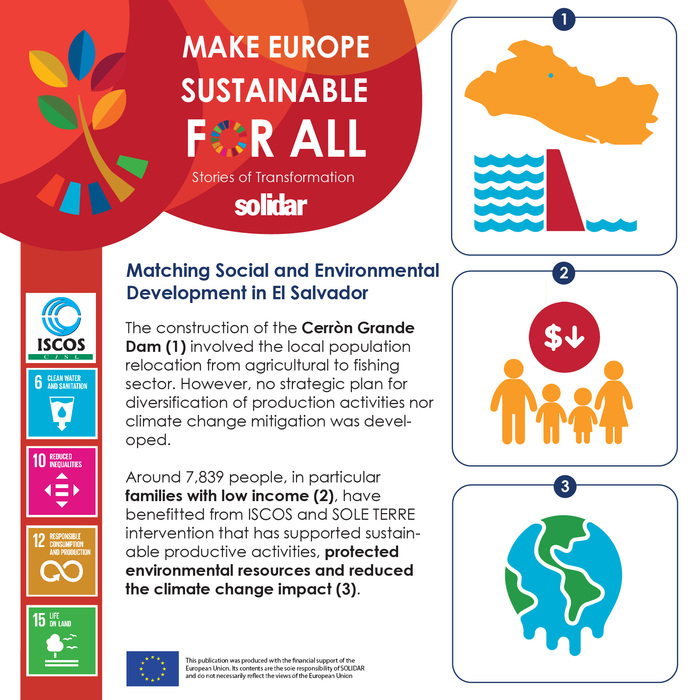 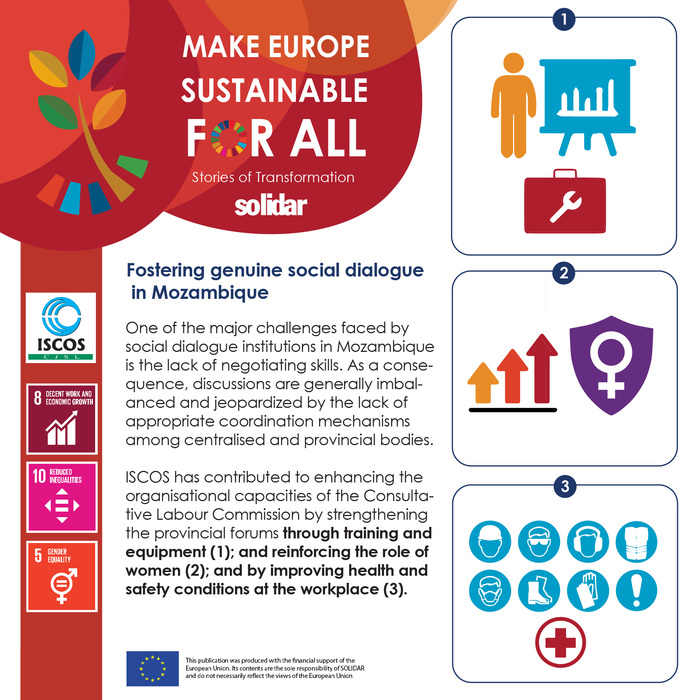 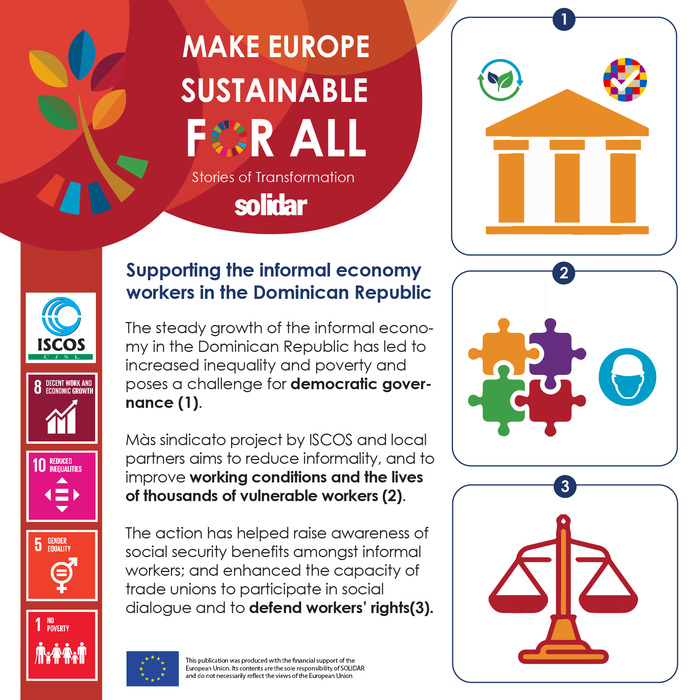 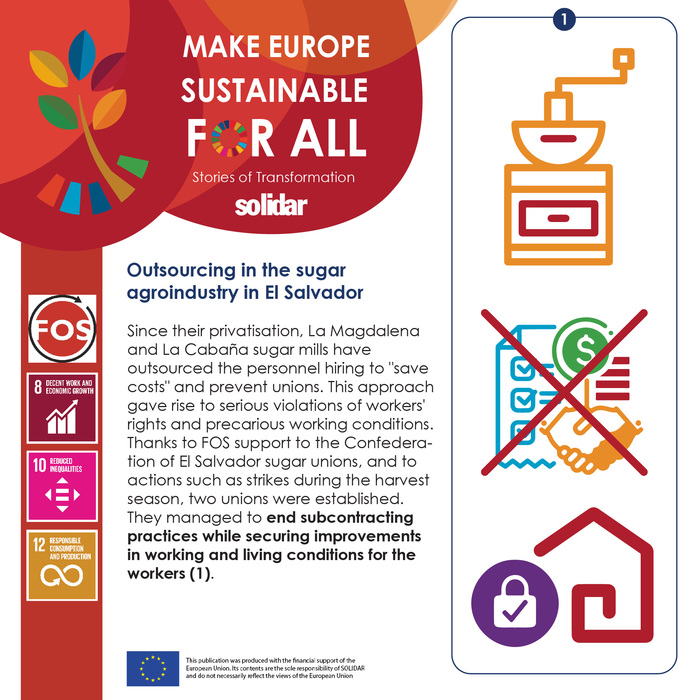 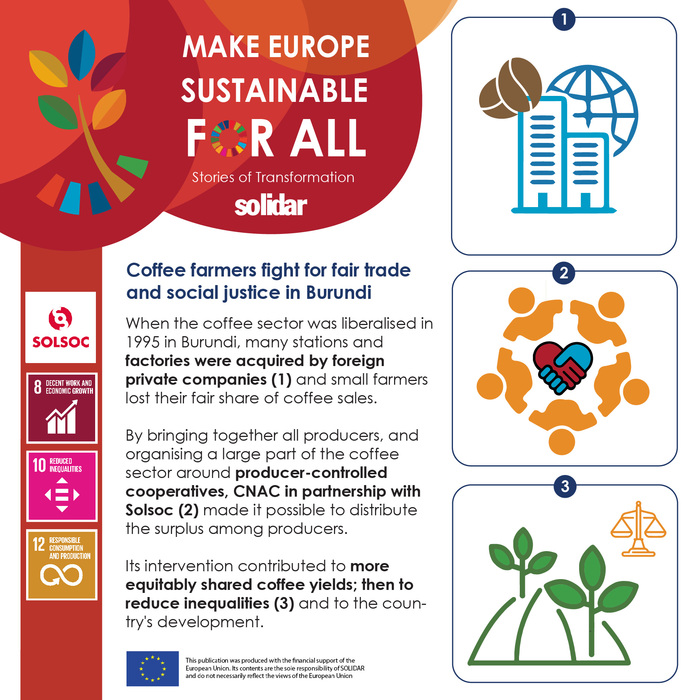 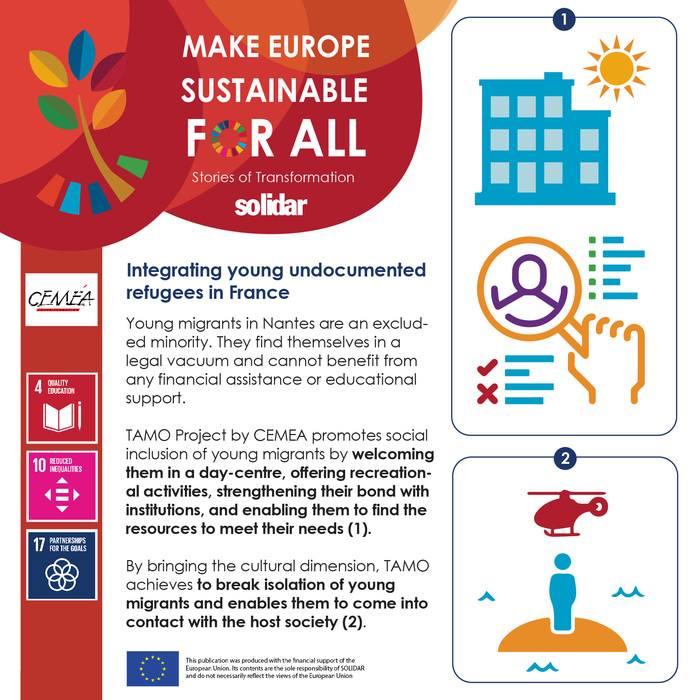 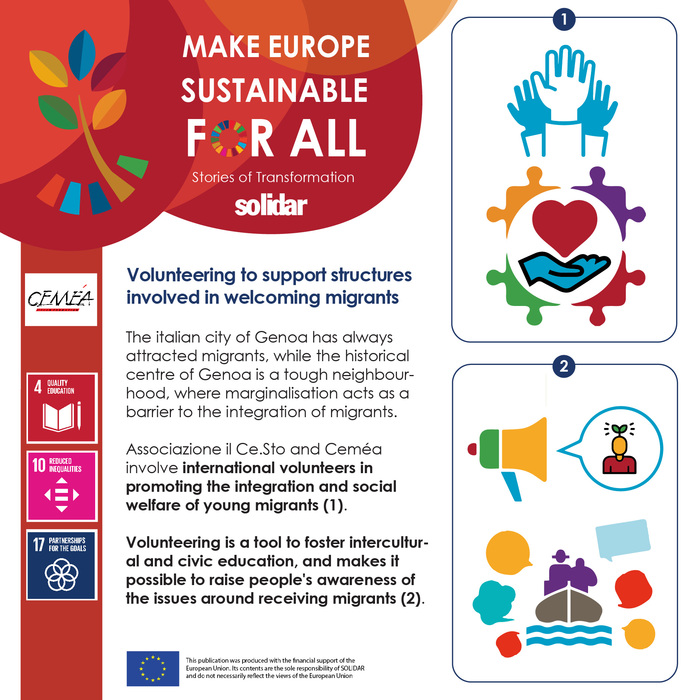 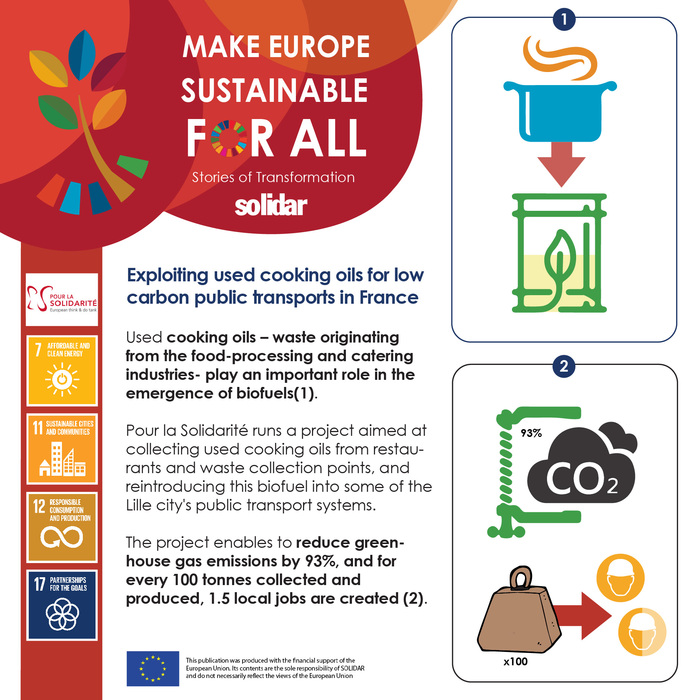 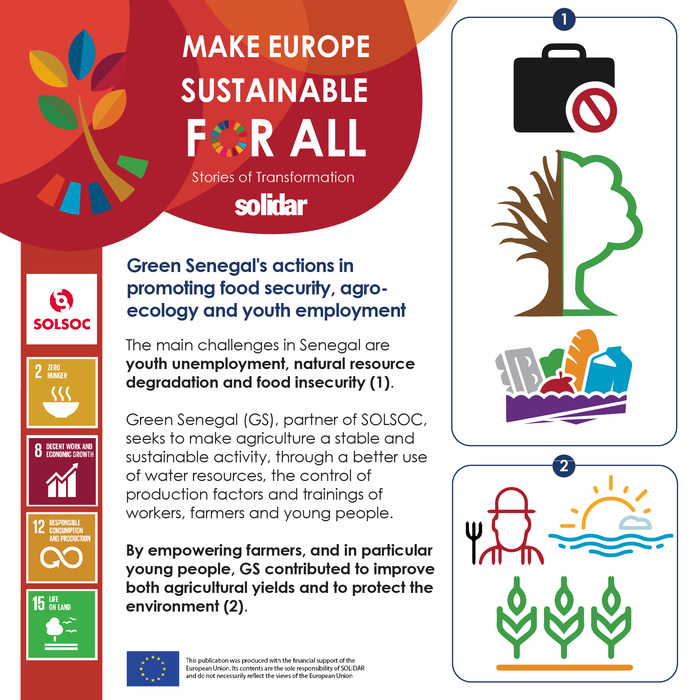 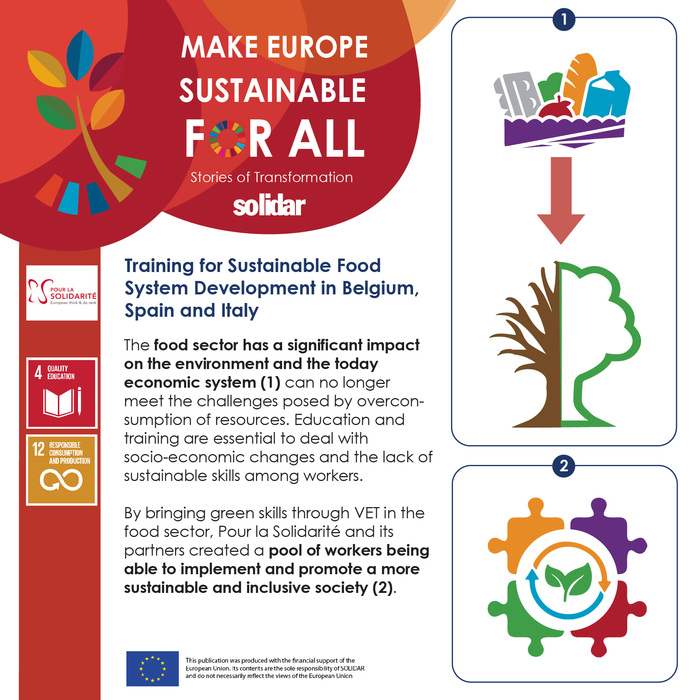 Make Europe Sustainable for All: a growing movement to fight inequalities

Come and Join us to Make Europe Sustainable for All: Apply for a grant for your local project!