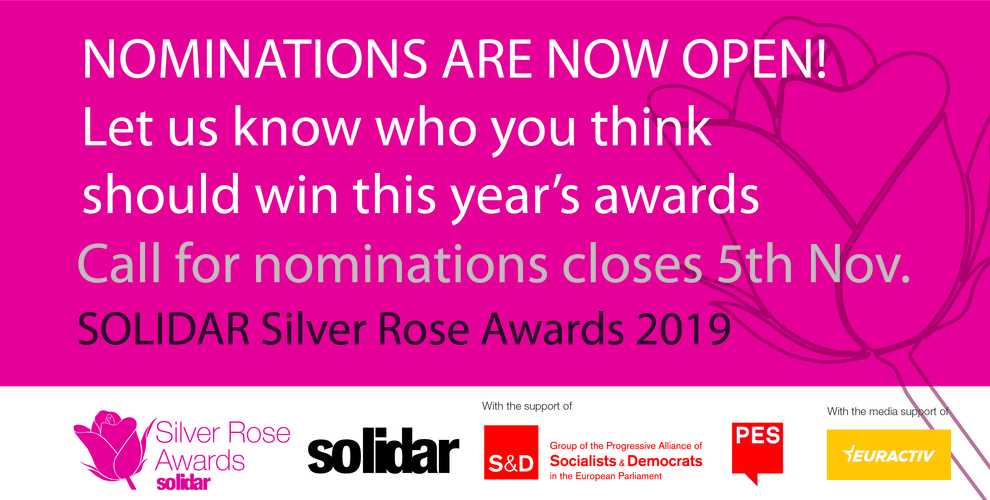 Since the year 2000 SOLIDAR organises annually its Silver Rose Awards in the European Parliament in cooperation with the S&D Group and the Party of European Socialists (PES) and with the media support from Euractiv an occasion to celebrate Civil Society Organisations and individuals whose extraordinary struggles contribute greatly to social justice and solidarity throughout the world. This year's edition will take place on 29th January 2019 in the European Parliament in Brussels.

Nominations are made by Civil Society Organisations (CSOs) and selected by a jury composed of CSO representatives, trade unionists and policymakers. The winners are chosen on the basis of their significant involvement in Civil Society activities and their contribution to social justice and solidarity worldwide. The people and organisations who have had the honour to come up on the Silver Rose stage to receive their award vary from grassroots human rights activists to academics who have done research on the societal consequences of inequality, to undercover journalists who have shone light on unacceptable working conditions.

The call for nominations is now open, individuals and organisations are invited to nominate an organisation or individual whose efforts should be recognised with a Silver Rose Award in one of the three categories, Together for Social Europe (Social Affairs), Building Learning Societies (Education) or Organising International Solidarity (International Cooperation). On Monday 5th November we'll close the call for nominations upon which the Silver Rose Jury will decide on the candidates per category. 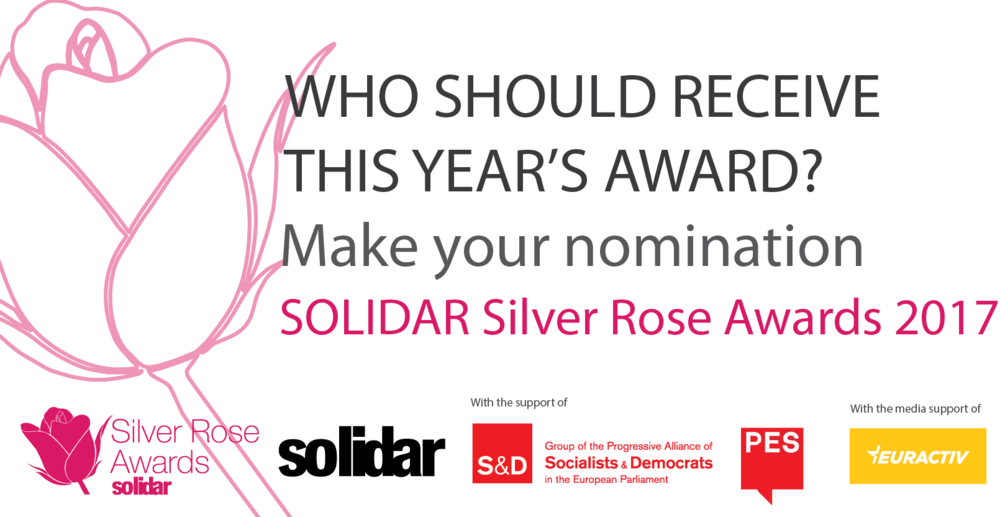