On the anniversary of the Elysée-Treaty signed in 1963 between Adenauer and de Gaulle which became the foundation of Franco-German reconciliation, the heads of State of France and Germany this week signed a new Treaty in Aachen, the city of Charlemagne or Karl der Grosse. The same emperor, with his French name for one side or German for the other.

This very celebratory moment was considered a renewal of friendship and commitment, to serve a renewed European project, at a time when both countries are being rocked by the rise of the extreme right and social unrest.

Franco-German cooperation has never sought to impose positions on other European Member States, but rather to serve as the seed for common ground, allying other Member States around the initiatives of the two countries in the interests of Europe. Until the fall of the wall, the Heads of States of both countries took as their clear guiding light the reconciliation and the awareness of the catastrophes brought about by the three wars between the two countries.

Cooperation must be based on trust and confidence, which in turn must be the premise of the Treaty. Cross-border civil society relations have been crucial since WW I for building the trust and confidence that underpins Franco-German cooperation. Trust cannot be created to order, but needs to be built through exchanges that foster mutual understanding. This remains true today. We should be aware that this friendship needs to be renewed every day through the development of a mutual intercultural understanding. Both societies are different for many historical reasons: centralism versus federalism, centralisation versus decentralisation, federal school system versus a centralised one and many more examples of differing hierarchies and structures.

At the 40th anniversary of the Elysée-Treaty in 2003 it was a question of creating a FrancAllemagne, which is out of reach. However, civil society played and plays a key role in the much-needed cooperation and exchanges. Instead of becoming suspicious about why the German Chancellor did not respond enthusiastically to the French President’s Sorbonne speech, there should be understanding that policy making is different in the two countries. When there is no agreement on economic governance this is more than a language problem. The German translation is economic coordination which is a different cultural concept, but rather than take this into consideration both sides tend to interpret it as rejection or ignorance.

Given my own experience of working for many years on the Franco-German cooperation before heading to Europe, I would like to stress the importance of the Franco-German Youth Office in the New Treaty. For decades, this has been the laboratory and training hub for intercultural learning, involving nearly 8 million young people. In the correct but sometimes excessive attention to figures, the Youth office is now about to deliver “measurable objectives”. I am not sure that the process of intercultural understanding and/or misunderstanding can actually be scientifically measured, though.

The extreme right in both countries is fuelling hatred over this new agreement. It’s not surprising, as their idea of Europe is one of nation states without democracy, without open societies. For those who want to see where this leads to there is a recommendation: visit the Memorial to that devastating confrontation: Verdun, Oradour-sur-Glane, Dresden, Auschwitz and Drancy, especially on international holocaust day. The memory reminds us of the promise we make to ourselves: Never again. Nothing can be taken for granted, every bit of social progress needs to be defended - everyday!

German Trade Union Federation: For a Europe with a future: social, just and democratic 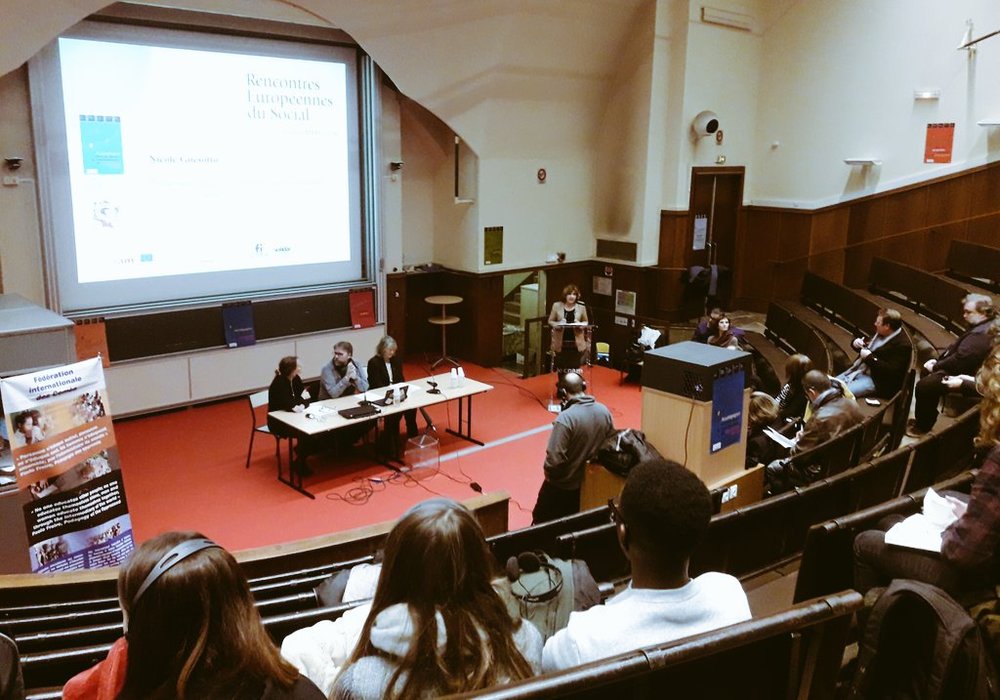