Due Diligence from the EU: a call for an ambitious law that will change the paradigm in Latin America

On October 13, the EU-LAC Working Group, of which SOLIDAR is an active member, together with Plataforma Europa Peru and CIDSE organised an online discussion on the upcoming proposal of the EU Due Diligence legislation, looking in particular at access to justice and reparation for victims of human rights violations by businesses in Latin America. The event gathered over 90 participants from civil society, EU institutions, academia and business and it provided an opportunity for the Working Group to provide specific recommendations for the EU to include in the future law.

The discussion opened with the intervention of the Member of the European Parliament (MEP) from Renew Europe, Pascal Durand, who identified the Trade Agreements as the best mechanism to monitor the respect for human and environmental rights together with complementary frameworks such as the awaited Due Diligence law. The European Parliament, explained, has already worked on this legislative framework through the resolution of March 10, when MEPs presented recommendations to the Commission proposal on corporate due diligence and accountability.

Three experts from Latin America analysed the most critical points on how the future legislation should support access to justice and reparation for victims. Soledad García Muñoz, Special Rapporteur on Economic, Social, Cultural and Environmental Rights from the Inter-American Commission on Human Rights, presented the first thematic report on Business and Human Rights which identified the access to effective reparations mechanisms as the main responsibility from governments to fight against impunity and inequality. “Due diligence has been central to defining the responsibilities of the state, which must organize its entire central apparatus to ensure that human rights are guaranteed. The EU must also put in place mechanisms that guarantee human and environmental rights in the context of European business activities”, she stated. Juan Carlos Flores, from Frente de Pueblos en Defensa de la Tierra y el Agua from Mexico, shared his personal experience as a Human Rights Defender. He denounced the support for businesses despite the proven negative consequences for indegenous communities. In this sense, he asked for the EU to recognise the rights of indegenous communities and to include specific mechanisms in the Trade Agreements for the protection and promotion of indegenous rights. As Laura Montaño, from the CSO Roundtable on Business and Human Rights explained, Colombia is the country with a higher number of social and environmental leaders killed, despite the different laws that seek to protect and promote human and environmental rights. She stated that an ambitious EU law on Due Diligence would support a paradigm change in the country and in the region.

To conclude, the discussion counted with the reactions from other MEPs. From one side, Tilly Metz (Greens/EFA) pointed out the need to follow closely the process since some major changes could be included in the new proposal (e.g. the coverage of the law to direct suppliers only). She also expressed her concerns about the re-evaluation of the law carried out by the Commission and the impact of the major mobilisation of business lobbies. Mónica Silvana González (S&D) highlighted the need to include indigenous communities as guarantors of the law as well as how this legislation can contribute to policy coherence and the way towards sustainable development.

The EU-LAC Working Group will keep working with civil society, Human Rights Defenders and grassroots organisations towards a paradigm change where human and environmental rights are at the centre.. If you or your organisation would like to contribute to this exchange, you can share with us your thoughts by filling the form. 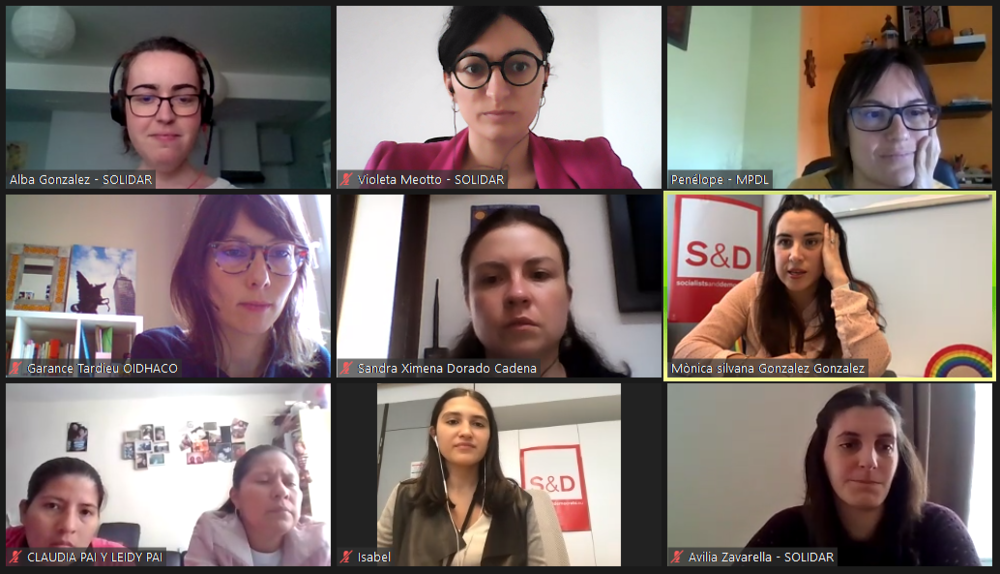 EU Recommendations for the upcoming Due Diligence Law (EN)

EU Recommendations for the upcoming Due Diligence Law (ES)