Finally, the EP gave Ursula von der Leyen her mandate, although with a very slim (9 votes) majority. She is the incoming Commission President and will hopefully carry out the promises made in her speech. Urgent ecological and social measures are on the agenda and we can only hope that she performs better in her new job than she did as German Minister of Defence. But was her nomination less spontaneous than it seemed? Her two promoters, the French President and the German Chancellor, were not known as supporters of the Spitzenkandidat-principle. And the “spontaneous” campaign was well supported by POLITICO (Springer) and the former CEO of BILD (Springer), which might raise some doubts. In any case the result is there. We as SOLIDAR, together with many others, have been critical of the process, and will now judge only on deeds, not promises.

The situation in Europe has not improved and the poison of soft nationalism is very present: the Germans get that top position, the French the other, Italy is also served and Spain satisfied, and so on. What kind of Europe is that? One of national ego taken to another level, through the intergovernmental method to the detriment of what we knew as the community method. This is not the Europe we want nor the one we strived for, it is the Europe of the democratic deficit. The cherry on the cake was the attack on SPD MEPs who were treated in Germany as “traitors of their homeland”, an unusual choice of words but not unknown in history. It further demonstrates ignorance of the fact that Germans are very well represented in key positions of the European institutions, some say even overrepresented.
And what now? We think the best way forward is to build on an agenda that finds progressive solutions and reconnects with citizens. Let’s walk the talk.

Let’s start from the beginning: the labour market transformations mean workers need more lifelong learning. Von der Leyen recognised this, but did not say how the EU can contribute to meeting workers’ needs. Our suggestion: a European legislative framework for all workers to guarantee fair working conditions, access to social protection for all kinds of employment and training, and a European scheme for employers to provide workers with lifelong learning programmes to address the increasingly complex skills required by technological change.

The EU should champion multilateralism – right! This is our take on it, and we hope the guiding principle for a sustainable fair trade policy and, more broadly, EU foreign policy.
A European Green Deal sounds like a great idea. But we need to make it real by putting people first - for SOLIDAR, any policy must aim to improve the sustainability of our society. We firmly support all the recommendations of the report Sustainable Equality and we wish a socially fair European Green Deal to build on it.

It is the economy that must serve the people within the planetary boundaries and not the other way around. This is a fundamental principle that the EU and Member States have too often disregarded. To make it happen, social investment is the key element we’ll never grow tired of advocating for. It was not mentioned in von der Leyen’s speech and that says a lot. We need investment in social infrastructure, including in education and lifelong learning. The EU can and must do much more to invest in public resources for social policies: bringing the European Pillar of Social Rights to life is an admirable goal, but it is necessary to be more concrete on implementation. First of all, the next MFF should be centred on the implementation of the Pillar of Social Rights, to finance common public goods and promote policies aimed at advancing cohesion and social progress. The co-financing rates of ESF+ should be increased and coupled with ambitious earmarking for social inclusion measures, focused support for a socially just transition and a coherent approach to migrants’ social and labour market inclusion. A framework directive for living wages is needed and a European social infrastructure with a minimum income scheme should make 60% of median wages a guideline. These are policies that help ensure no-one is left behind. If the new President of the Commission seriously wants to pursue this goal, these policies should be part of the work plan of the Commission.

Weakening the rule of law means the EU losing its soul. This is why it is worrying to know that before promising to uphold it on the day of her appointment Mrs von der Leyen was supported in the Council by countries where the rule of law is systematically violated. We demand concrete proposals for new mechanisms to be in place and protect civic space all over Europe. Making the respect of the rule of law a binding rule to be part of the MFF is just a starting point. Civil Society Organisations should be directly supported by the EU when the Member State they operate in attempts to shrink their civic space. Civil dialogue should therefore be a priority, not fancy citizens’ assemblies that in fact don’t reach out to different levels of engaged citizens.

Last but not least, the reform of the Dublin regulation must be aligned with the report approved by the European Parliament. We welcome the use of the word “solidarity” by the new President of the Commission when describing the mechanism that should help relieve the pressure from migration flows on Member States at the South European border. 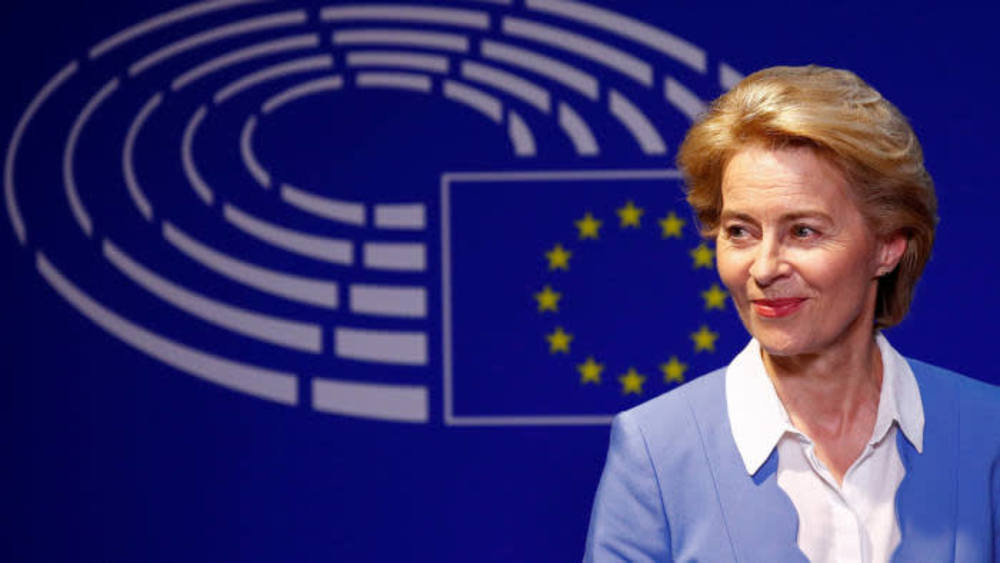