ENP up close | No. 15 | SOLIDAR at the third regional conference on the EU-Arab partnership in Beirut

From 30-31 October 2015, the Arab NGO Network for Development (ANND), together with the Euromed NGO Platform and SOLIDAR, organised a two–day regional conference in Beirut, in order to discuss the ongoing challenges related to the EU-Arab Partnership, in the framework of the upcoming revision of the European Neighbourhood Policy (ENP).

The regional dialogue brought together around 80 participants from CSOs from the Arab region and Europe, including SOLIDAR members active in the MENA region, representatives from the trade unions, including CGIL, the Arab Trade Union Confederation (ATUC), and UGTT. The event was also attended by Maciej Golubiewski, from the EU Delegation in Lebanon, and the MEPs Pier Antonio Panzeri, Richard Howitt and Kashetu Kyenge.

The dialogue highlighted the need for a concrete human rights framework for the revised policy that allows for the progressive realisation of economic, social, cultural rights (ESCRs) and all human rights. In addition, participants insisted on the need to enhance cooperation between CSOs and trade unions to mobilise grassroots communities and foster inclusive policy change, following the successful experience of the Tunisian case.

SOLIDAR and its members and partners are organising the European Neighbourhood Days that will take place on 16 & 17 November 2015 in Brussels.

‘The EU as a peace promoter in the Middle East and North Africa: between human rights and security’
Roundtable debate organised by SOLIDAR, Euromed Non-Governmental Platform and the Arab NGO Network for Development (ANND) hosted by Pier Antonio Panzeri, MEP.
17 November 2015, 18:00 – 20:00 at the European Parliament 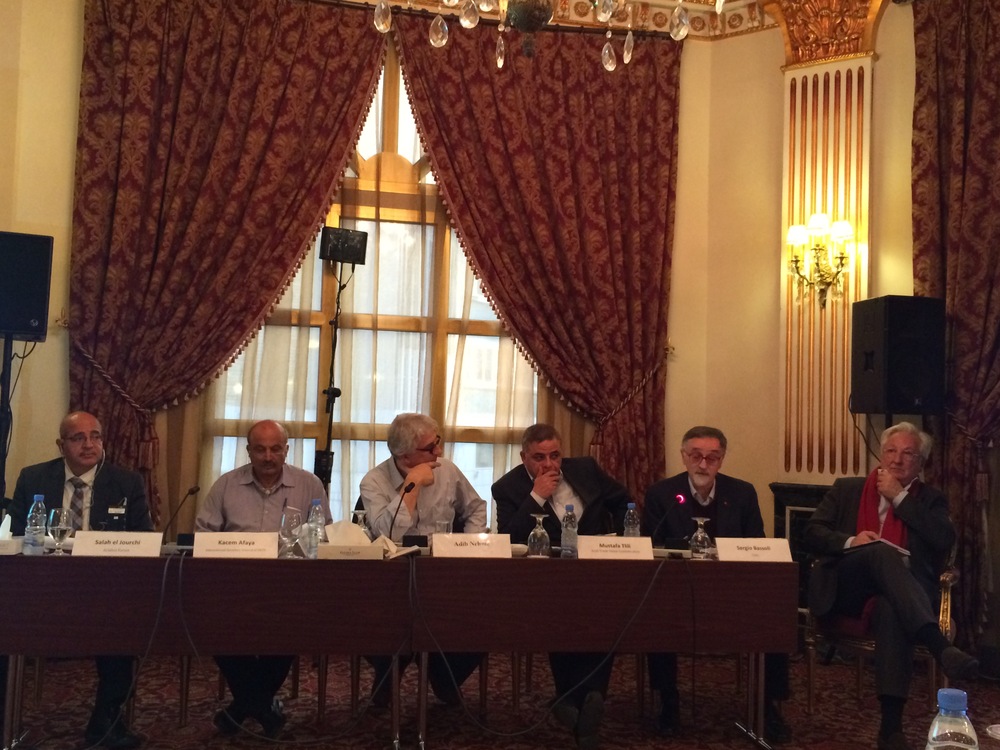 ENP up close | No. 15 | SOLIDAR at the third regional conference on the EU-Arab partnership in Beirut