This is the time frame for the preparation of the next European elections! Many of us, European and Brussels based NGO networks, have started to reflect and to plan our engagement ahead of European elections 2019. Sometimes it feels like “business as usual” and a deja vu of what happened 4 or 9 years ago ahead of the last campaigns. Undoubtedly, Civil Society has to raise its voice further than just a consultation of selected citizens by European institutions. Although we would appreciated to play clearly our role defined by article 11 in the Treaty, civil dialogue and not consultations, we have to see what is different this time around and what it implies for us.

All political groups in the EP discuss manifestos and position papers. Progressives do it by consulting Unions and CSOs, which makes the difference! Behind the curtains there are other debates and manoeuvers. “Spitzenkandidat” or “Spitzenkandidatin” is one element, but not the most important if there's no positive progressive spin.

At stake is a coming European Parliament which might see in the worst case scenario: winning majority of populist and conservatives where progressives won’t be able to prevent disasters.  For the first time in history, we might also witness the election of Euro-skeptic vice president of the European Commission.  As the elections in Italy and the debate in Germany between the 2 Christian-democratic sister parties show, the focus will be on migration. It is not astonishing that the actual leader of the EPP group coming from Bavarian CSU is silent against the anti-European rhetoric of his party leaders. Their political friends, Orban and others, prevent a fair burden repartition. They want to have something to say. This explains the “sounds of silence” after Weber’s congratulation tweet to Orban.

Either we expose the convincing arguments why migration is needed and how it can be successfully managed or those who use this question for a reactionary roll back of our liberal democracies will win the public sphere and mobilise again for protest vote giving the anti-European forces even more legitimacy. We should not wake up the day after the elections and state “this is not what we wanted” like young people woke up after the BREXIT vote and googling “European Union”.

First of all we should also look beyond the lenses of our specific thematic and topics. These coming European elections are not a lobby opportunity for our specific purposes, they are the crucial lobby and mobilization moment for democracy and open societies, for social progress and for civic rights, for a better Europe. The agenda of the right and far right is anti-social. It is more than enough looking at the Austrian proposal of extending working times of 12 hours a day and 60 hours a week. They are just using the disappointments and the effects of austerity, but have nothing more than a neo-liberal economic agenda coupled with nationalism and xenophobia. We have to mobilise our constituencies and put them at ease by delivering one by one the counter arguments on the populist, right wing anti-European rhetoric. Only after the elections the momentum will be there to put our very specific items on the agenda for the new EP and the new Commission. Then we will have to challenge the newly elected institutional representatives. For the Europe we work for as civil society work- and mobilisation force! Less than one year! Time to act! 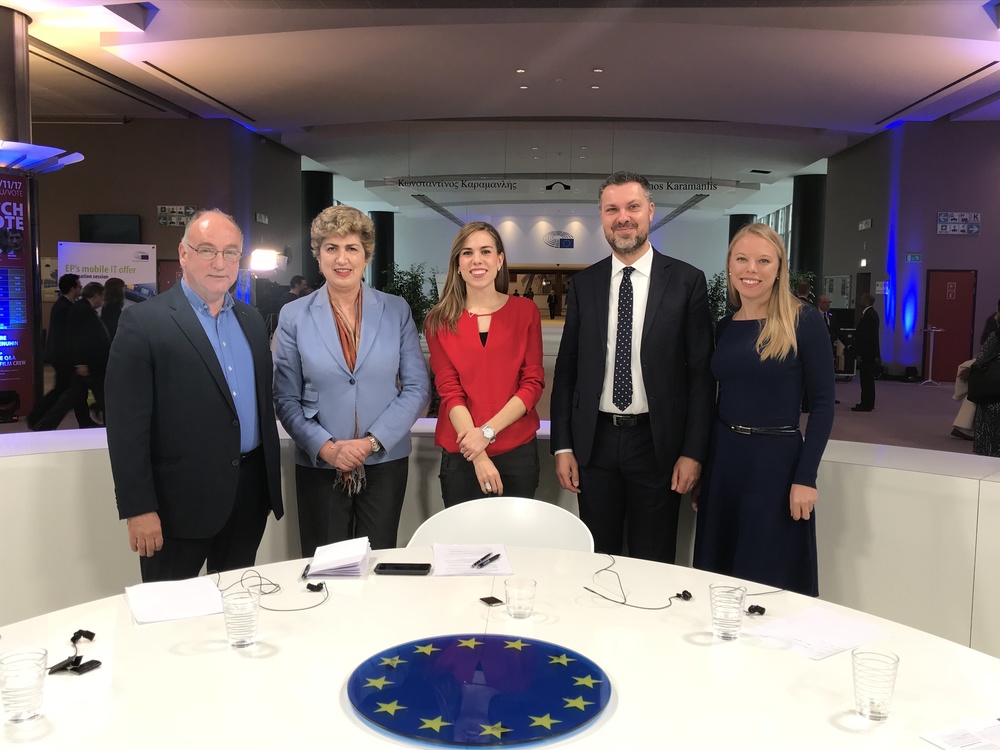 #SocialSummit17 The Proclamation of the European Pillar of Social Rights – towards concrete measures to strengthen social standards, decent work and social protection in Europe. Watch the discussion in the European Parliament