On June 1, SOLIDAR oganised a European Peace Conference titled “Charting a path for common security in Europe”, which was hosted by SOLIDAR's member Foundation For European Progressive Studies (FEPS).

SOLIDAR gathered with members, partners and progressive allies to discuss the current developments after the gruesome Russian invasion of Ukraine and their impact. The aim was to foster cooperation and a common understanding through a lively debate, and to arrive at a conclusion on the role of civil society in these times of crises. 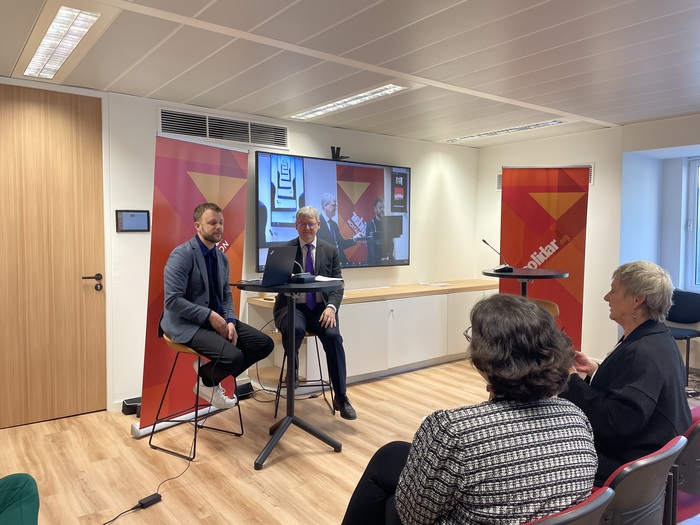 The conference was chaired by SOLIDAR Secretary General Mikael Leyi. In his opening remarks, he stated that civil society organisations' response to the war shows “a vibrant civil society and our motivation for a peaceful and just Europe”.

A similar message wad conveyed by SOLIDAR's newly elected president, Anne van Lancker, on the need for civil society to stay together and voice their concerns when decisions are being taken. Lastly, Laszlo Andor, Secretary General of FEPS, highlighted the important role the European Union must play in maintaining peace and helping Ukraine.

During the conference, we had the honour to have with us as key note speaker Beatrice Fihn, Executive Director of the International Campaign to Abolish Nuclear Weapons (ICAN).

“The danger of a nuclear war is real. This is why we need push for all countries to implement agreements on nuclear disarm” she argues in her speech.

The conference then leads to a series of panel focusing on various aspects: video-testimonies from Ukraine and Russia, the work of our members during the Ukrainian crisis, the concept of common security and global challenges through the lenses of OPIC-ITUC Common Security Report, and lastly a discussion on a European peace movement.

During the the first panel, SOLIDAR Board member and Treasurer Susanne Drake shows the video testimonies we collected from Internews Ukraine, the Ukraine Peace Movement and Elena Popova from the Russian Movement of Conscientious Objectors. Their testimonies, albeit coming from different experiences, showed the diversity of actors and movements working actively for peace, dialogue and the end of the Russian military invasion, both in Ukraine and Russia, well aware of the high stakes.

Susanne Drake closes the session by reflecting on the importance of trust-worthy, quality and fact-checked information, which is often what Russians in their country lack. Even more so in these cases, the support civil society can offer in allowing people to access information and raise their voices is fundamental.

The second panel of the conference was moderated by Marta Iglesias from our member MPDL, who introduced the focus of the session: members’ initiatives and activities carried out in the context of the Ukraine crisis and its humanitarian and social consequences.

“Without the prompt activation of CSOs, the situation at the borders with Ukraine and in hosting countries would have been even more dramatic” she states. Many SOLIDAR members put forward different forms of intervention and support in the form of: humanitarian support at the borders, such as our member Solidar Suisse; welcoming refugees in host countries, such as our member MPDL; mobilisation for peace and solidarity, such as CGIL in Italy; and lastly, the importance of peace education and education in general, as presented by the International Falcon Movement.

The session concludes with a reflection on how the three pillars SOLIDAR and its member work on have been key in the response to the war and the crisis in different ways. To keep track of this work, SOLIDAR has gathered the information in a database on the members’ work in support of refugees, in mobilising for peace and in providing social, humanitarian support.

In his presentation, Tudor recalls the first report, released during the Cold War, 40 years ago. While there are still common elements, such as the nuclear threat and the importance of peace to achieve social justice, the 2022 report focuses on the threat of the climate crisis and has a strong gender component. The report can be found here. Ultimately, the goal of this report is to propose solutions for decision makers and public authorities to take responsibility on.

To conclude the day, we hosted MEP Pierfrancesco Majorino in a session moderated by our CGIL representative Sergio Bassoli on the importance for EU institutions and member states in building peace and acting real solidarity towards Ukraine. He warns on the acquisition of weapons as a means to resolve the crisis, as well as on the importance of proportionate sanctions vis a vis the Russian invasion.

After the last intervention, SOLIDAR members held a brainstorming session to discuss the steps forward for CSOs to build a European Peace Movement. Stay tuned for more! 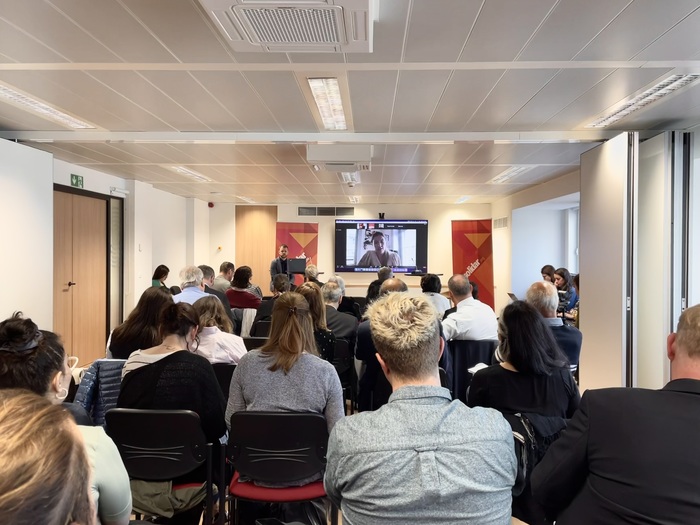