The day has come: I will be leaving SOLIDAR after 13 years, to take up a new professional and political challenge. It is a sad day, not because I am leaving, but because of the electoral result in the UK and the upcoming BREXIT. A campaign based on lies, fake news and false promises has been given democratic legitimacy. We shall never forget that the weakness of democracy is not the strength of its enemies, but the weakness of democrats!

The changing world order and the upcoming threats need strong progressives. SOLIDAR is a recognised brand at European level and is engaged in solid alliances and partnerships with the progressive family, the trade union movement and civil society. We represent a heterogeneous network of organisations, different in history, size and activity sectors, but united in the will to impact on European policy making and to benefit from European funding schemes. Our strength is based on the validation of the experience and work of our 60 members which give force to our arguments, and approaches, others do not have. We are engaged in all the major political, and for us relevant, processes at EU level, regularly consulted and a voice that is heard and counts. This is the result of a long standing engagement and presence in Brussels since 1995. We appreciate being able to play a role in alliances and partnerships, in particular with the trade union movement.

I am happy and proud to have led this network over such a long time with the support of a strong and committed secretariat. However there are opportunities in your life which you cannot refuse. Therefore I was very honoured that my party, the Social Democratic Party of Germany (SPD), approached me and put my name forward to the Convention of the Progressive Alliance as its new coordinator.

On 15 November I was elected unanimously at the PA Convention in Stockholm, chaired by Swedish PM Stefan Löfven, in the presence of many other heads of State and party leaders.

Starting at the beginning of the New Year in the Progressive Alliance is a challenge! And it is remarkable that the social-democratic and socialist family has trusted this new role to someone with a broader civil society and political background. Looking to the changing world where the term globalisation does not sufficiently translate the changes and shifts we face, there are many reasons why this family, proud of its history, firm in its values, shall be the reference for a progressive and sustainable societal project; the only alternative to the neo-liberal economic model, to the threats to democracy and to shrinking civic space, to nationalism and the risk of a new fascism.

Thank you to all those who gave me their support and cooperation over these many years; thanks also to those who disagreed, but respected me and my opinions. Democracy needs a culture of dialogue and debate to overcome the fragmentation and spread of hate.

It is a never-ending fight as "nothing is granted forever" (Willy Brandt)!

Some highlights of the last 13 years... 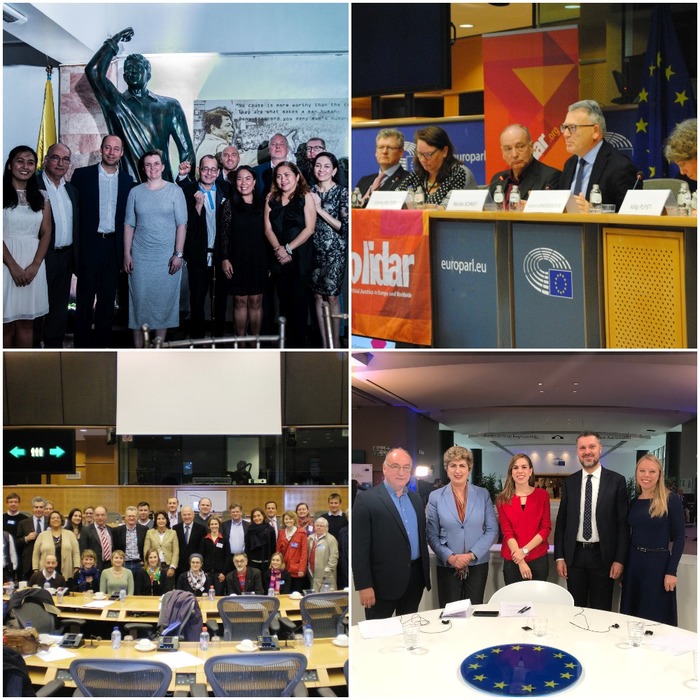 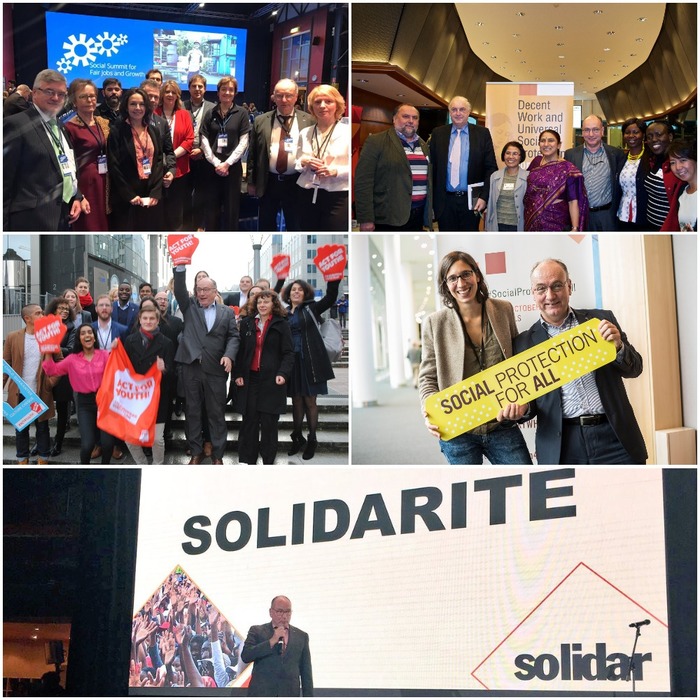