In this very important day SOLIDAR would like to put forward its commitement for the Feminist struggle and the end of the gender violence. One that we should all fight for together. Follwing that premise we would to propose 3 different pieces to work towards a future in which this day is just a mere memories or worst times.

We would like to start by sharing with you the statement from Francisca Sauquillo, SOLIDAR President for today pointing out the reasons for a women's strike and the importance of this international day of women.

SOLIDAR has recently awarded the SOLIDAR Silver Rose Award 2017 to a Soledad Cazorla Prieto Fund supporting the kids of victims of gender violence, this is the second time in recent times that we gave this award to a cause against gender violence, in 2007 the awardee was Plataforma de Mujeres Artistas contra la Violencia de Genero.

This is clearly an issue of education, or rather the lack of it, we need to educate ourselves to understand the different realities around this struggle, for that reason we would like to propose an interactice overview from the UN-WOMAN organisation that explores the main isses realted to gender violence worlwide. 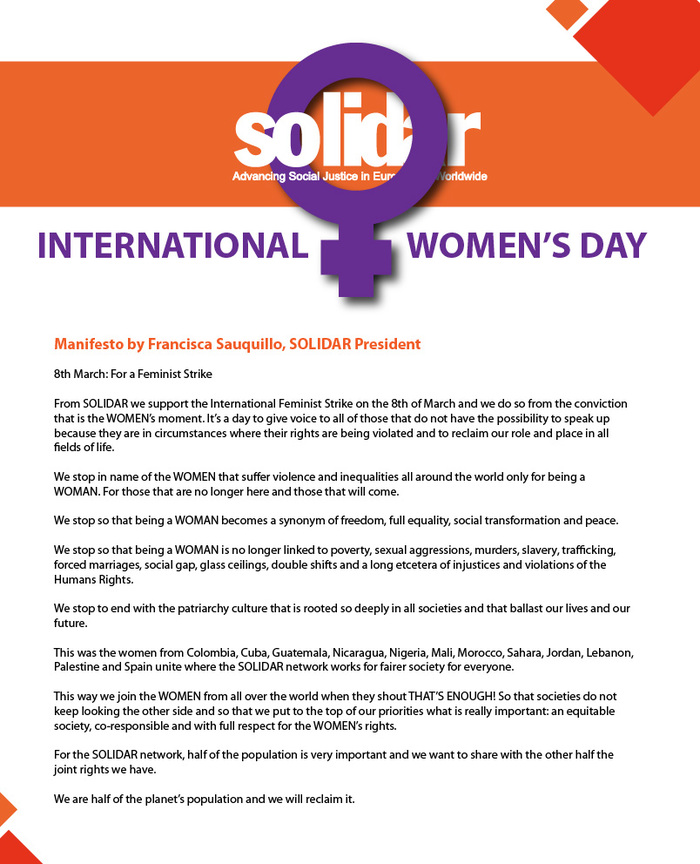 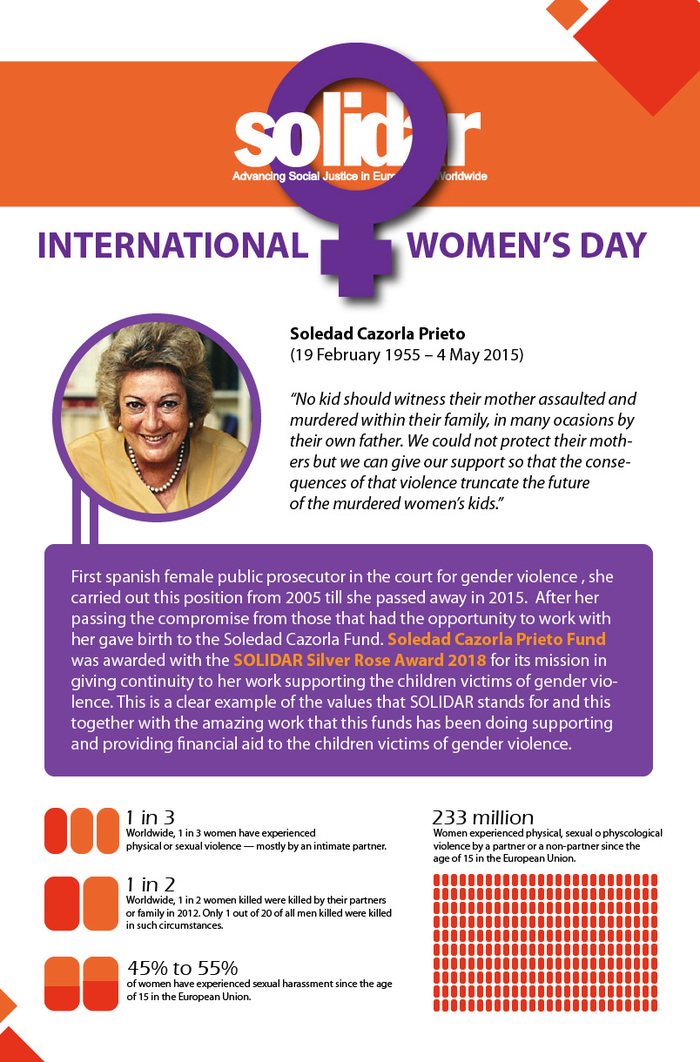 Explore the facts: Violence against women

Violence against women and girls manifests itself in physical, sexual and psychological forms. Learn how.