Organising International SOLIDARITY in times of COVID-19: Educators and Young People at the Forefront

The COVID-19 pandemic has been spreading on a worldwide scale with dazzling speed. The ensuing lockdown measures that were passed all over the world have led to the temporary closing of schools: it is estimated that 1.37 billion learners cannot attend school or university.

In this context, SOLIDAR Member Solidarité Laïque and its partners all around the world are working to fight the social consequences of the pandemic and to ensure access to education, as a fundamental human right. The three examples below show how:

1) BURKINA FASO - Ensuring the continuity of Education: In this country, children cannot attend school anymore since March 16th. Pierre Sawadogo, Director of Solidarité Laïque’s Western Africa office and SOLIDAR regional coordinator, worries that for some children the educational disruption might be definitive. In a country where 2000 schools have shut down since 2014 due to the terrorist threats, it is now an estimated 4 million pupils who have to stay confined in their home. This new health crisis will inevitably aggravate existing social inequalities, Pierre says. «The digital divide in Burkina has never been more perceptible: only 22% of Burkinabé have access to an Internet connection». As teachers are also very poorly equipped to deliver remote teaching, the most underprivileged children will be left behind. Whereas some national TV channels have undertaken to include in their programmes some curriculum-related content, Solidarité Laïque is promoting the use of radio as a medium for remote teaching, as it is widely available and used in rural communities.

2) SENEGAL - When Schools become a shelter for children in need: In Dakar, March 16th was also marked by the closing down of all schools of the country. Among them, the daaras, Quran schools. Some of them are infamous for forcing their pupils (« talibé » children) to beg in exchange for religious education. With the lockdown, these children will be left with no resources. «These kids will have little chance to find anything to sustain themselves as everyone is surviving, scared and locked in their homes. They might literally starve to death», says Loïc Tréguy, director of  Solidarité Laïque partner Centre ESTEL. The Centre is using its classrooms to set up a proper foster centre with dormitories, with the purpose of welcoming talibé children. Confined in the centre for at least two weeks, these children will get proper health care before being taken back to their families at the end of the lockdown.

3) HAITI - Young People World Rally to prevent COVID 19: « Wash, wash your hands! Stay at home! ». In Haïti, the closing of schools has led to the suspension of classes, since neither scholar institutions nor households are equipped for online education. Along with Solidarité Laïque’s local branch, Haitian kids have been taking advantage of their free time to build kites and use them to display prevention messages. «This activity makes it possible to raise awareness among a large number of people, as many of them do not have access to an Internet connection», explains Solidarité Laïque’s National Coordinator, Junior Mercier.

Moreover, all around the world, in close collaboration with health and social protection agents, youth from all continents have designed prevention messages, put them into imagery and video, and are actively diffusing them in their communities and in their families. Another example of how educating people can save lives! Check out their multi-lingual video clip urging the population to #StayAtHome.

In the current situation, together with Solidarité Laïque, SOLIDAR urges governments and the international community to: 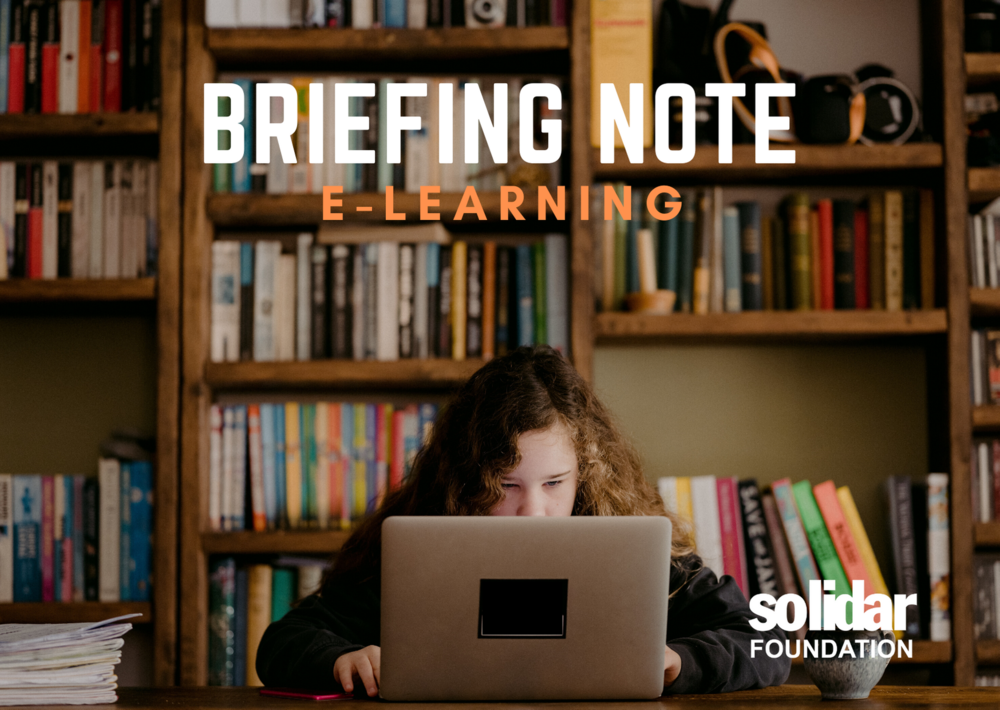 Briefing Note - E-learning: Universal access to education at a time of Online Learning 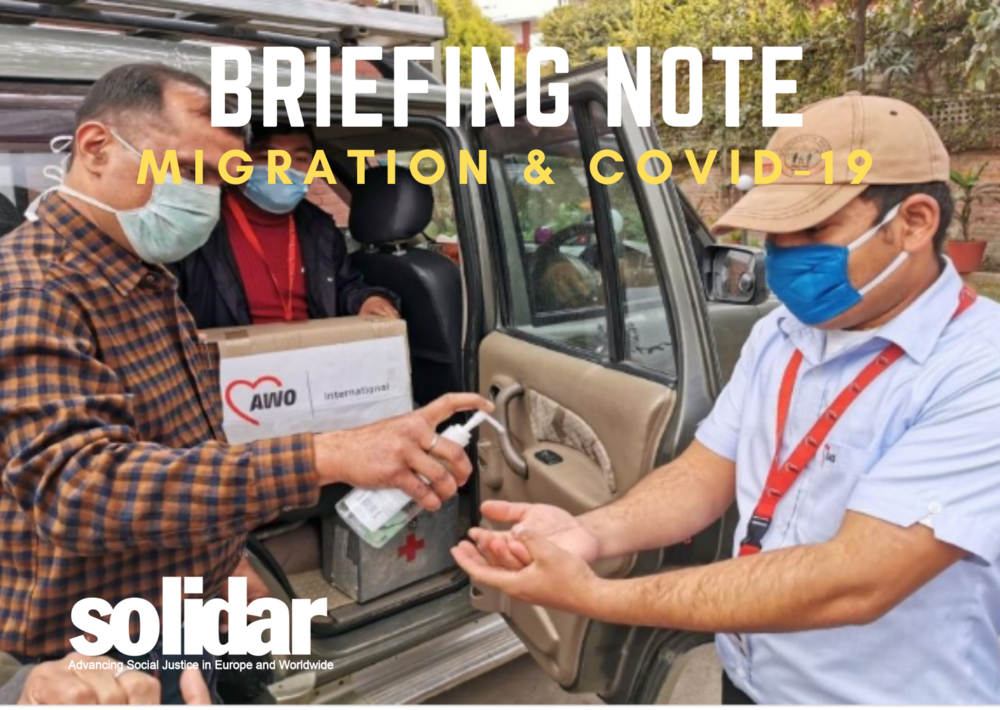 Briefing Paper 95 - Protecting the most vulnerable in society: Migration and COVID-19