Our newest partnership is with SODEV, a Civil Society Organisation from Turkey that strives to make positive contributions directly to the lives and democratic participation of disadvantaged groups, especially young people, women and minorities. The SODEV foundation works for the prevention of discrimination, the multiplication of participation channels to deepen democracy and the empowerment of all but especially of the disadvantaged groups in order to increase equal opportunities.

SOLIDAR has been monitoring the situation of Civil Society in Turkey for years and formally recognised and highlighted the efforts of the independent Journalist Union of Turkey at the SOLIDAR Silver Rose ceremony, for its work in supporting jailed journalists and promotes solidarity between journalists in Turkey and abroad. This continues to be of importance in times when the debate on press freedom is high on the EU’s political agenda and journalists in Turkey and elsewhere face severe threats.

The SOLIDAR Board is happy to welcome a new ally among us that will allow better understanding and cooperation with the region. SOLIDAR Members will have an opportunity to meet the SODEV representatives at the Annual General Assembly (20 June 2019) when the membership vote will be held.

SODEV (SOSYAL DEMOKRASİ VAKFI-Social Democracy Foundation) is a non-governmental organisation incorporated as a foundation under Turkish Law in 1994 by a socially responsible group of social democrat intellectuals, trade unionists and politicians, to further disseminate the concept of social democracy, to promote socially conscious and responsible pluralistic democracy and human rights in Turkey.

The core principles of the founders of Social Democracy Foundation were and are: to firmly establish pluralistic, progressive and sustainable social democracy in Turkey with all its values, concepts, rules and organisations, to create respect not only for human rights and the environment, but also for values such as freedom of expression, equality, gender equality, solidarity, honesty, justice, the state of law, peace in the country and peace in the world.

SODEV strives to make positive contributions directly to the lives and democratic participation of disadvantaged groups, especially young people, women and minorities. The SODEV foundation works for the prevention of discrimination, the multiplication of participation channels to deepen democracy and empowerment of all but especially of the disadvantaged groups in order to increase equal opportunities.

SODEV also takes an active role in promoting democratic representation in all decision-making mechanisms, revealing the democratic potential of institutions and tries to increase knowledge and awareness in all these areas. For these purposes, SODEV carries out training programmes and publishing activities to reach out to different segments of society. SODEV foundation has nearly 400 registered members and over 50 voluntary members.

Since 2001, every year SODEV has awarded the "Human Rights, Democracy, Peace, and Solidarity Award" to individuals, institutions or initiatives that make a marked difference in their work and efforts. SODEV has two permanent education programmes, namely “The Social Democracy School” and "The Local Administration School" since 2000. The curriculum of both Istiklal Cad. Bekar Sok. 22/2 Beyoglu / ISTANBUL Tel: (0212) 292 52 52 - 53 Faks: (0212) 292 32 33 http://www.sodev.org.tr e-mail: info@sodev.org.tr schools is based on current needs. Schools are held twice a year, each lasting two months. In both schools, the objective is to build the capacity of the local actors to strengthen pluralistic democracy. Based on the feed backs from previous initiatives and field projects, education models and toolkits focused on gender equality and women’s empowerment were developed and shared with the trainees for them to further educate people at grass roots level in their own environment.

SODEV actively cooperates with other non-governmental organisations in Turkey and internationally, on universal issues such as human rights, democracy, peace, environment and the fight against discrimination. SODEV has observer status at FEPS (Foundation of European Progressive Studies), is a partner of Friedrich-Ebert-Stiftung Turkey. Friedrich Ebert Stiftung (FES) and the Social, Economic and Political Research Foundation of Turkey, TÜSES, are co-sponsors of SODEV’s academic programmes.

SODEV also actively participated in the Istanbul Social Forum, which was created to draw attention to the negative outcomes of unchecked globalisation; it contributed to the European and World Social Forum processes.

SODEV has completed several projects in the field such as women's empowerment, women’s rights, the participation of disadvantaged groups in social life, the cultural heritage of minority groups. SIDA, EU, Swedish Consulate and the OPIC support these projects with their grants. SODEV publishes a periodical, SOSYAL DEMOKRAT (latest double issue, 97/98 in January-February 2019) and the proceedings of its seminars, lectures and debates in printed format and brings them to the public sphere at modest prices by participating in every book fair organised by TÜYAP in Izmir, Istanbul, Ankara and in some other major cities of Turkey since 2010. 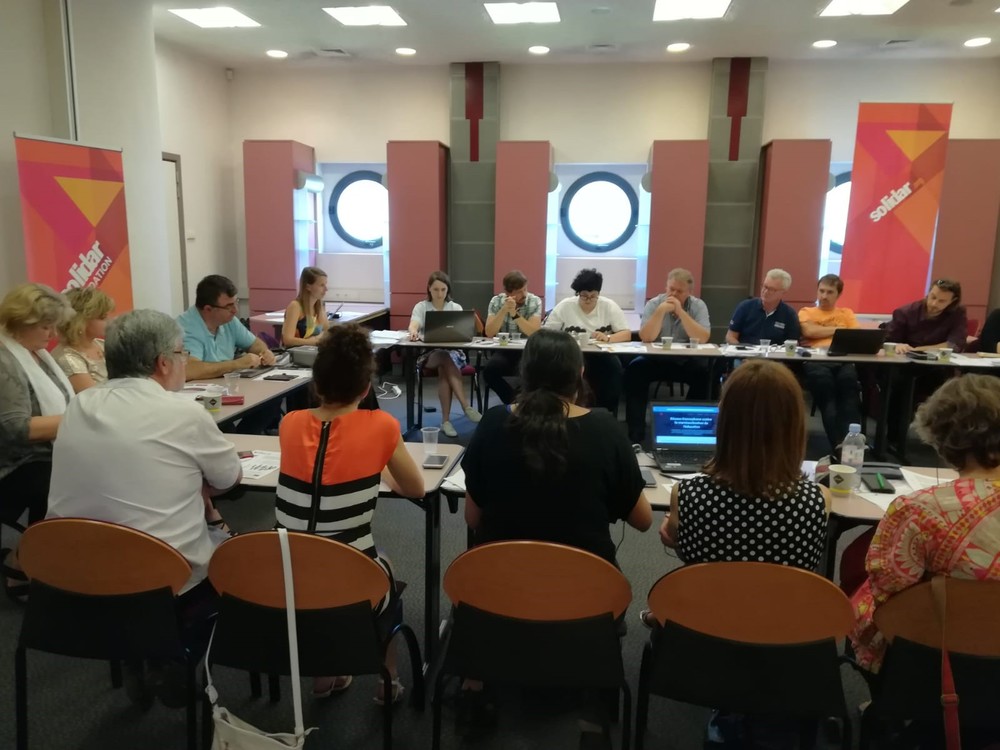