The 7th edition of Sabir Festival took place from 28th to 30th October 2021 in Lecce, Italy, under the title ‘’The frontier of rights and the pandemic’’. Sabir, the festival of Mediterranean cultures, is co-organised yearly by SOLIDAR members ARCI and CGIL, along with Italian organisations ACLI, Caritas Italiana, ASGI and Carta di Roma. This year, the Festival was also hosted in the framework of the Civil Society Convention on the Future of Europe in its ‘’Going local’’ phase, which means the Sabir Final Declaration will be submitted as a contribution to the Conference on the Future of Europe.

The Festival features various types of events, mainly conferences and seminars, but also training sessions and cultural activities (musical and theatrical performances and book presentations), on a broad range of migration-related topics. The main focuses this year were the European response to the Afghan crisis, the New Pact on Migration and Asylum and the labour exploitation of foreign workers in the Mediterranean basin.

While most panels were livestreamed, SOLIDAR Secretariat was present on site with a small delegation of members from IDC – Serbia, Movimiento por la Paz – MPDL, La Ligue de l’Enseignement and Centre for Labour Rights. The SOLIDAR delegation took the floor several times, in particular in the following panels:

Milena Šošić (IDC – Serbia) spoke in the panel ‘’Frontier Europe’’ on Thursday 28th October. She presented the Serbian context in the Western Balkans route. She reminded the audience that despite the formal closure of the Balkans route in 2016 with the signature of the EU-Turkey agreement, Western Balkans countries remain under significant migratory pressure. Her presentation highlighted the worrying number of unaccompanied asylum-seeking minors using this irregular route to reach the EU. Patterns of violent collective expulsions and other systematic violations of migrants’ human rights are commonplace at the border between Serbia and Croatia and Bosnia and Herzegovina. She concluded by stressing that establishing and funding an independent border monitoring mechanism is the only way to safeguard the fundamental rights of people on the move. 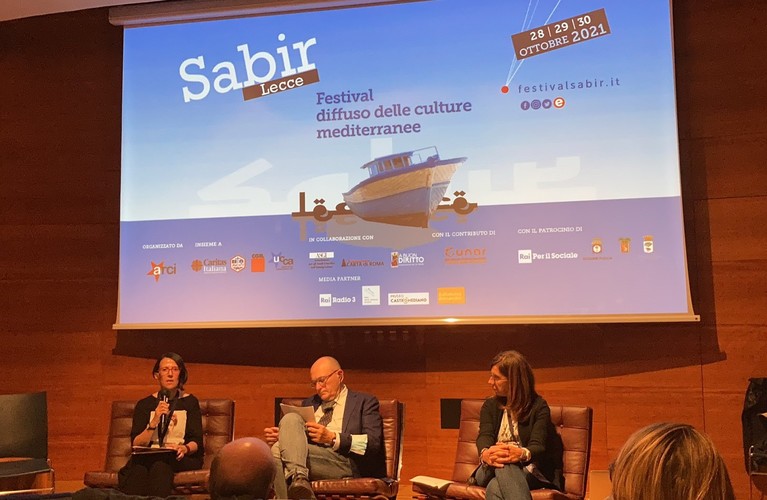 Eneida Mjeshtri (Centre for Labour Rights) spoke in the panel ‘’Pathways to Legal Entry: Resettlement, Humanitarian Corridors and Family Reunification in a European Perspective’’ on Saturday 30th October 2021. CLR is actively involved in inter-institutional structures in Albania, regarding the free movement of workers and social and employment policies. Eneida Mjeshtri stressed two facets of migration in Albania: the first is the regular and facilitated entry of migrants coming for work from Turkey, India, Pakistan, Bangladesh to fill vacancies left by Albanians who emigrated to the EU. The second aspect is that Albania serves as a transit country to the EU for asylum-seekers arriving from essentially the same regions. In both cases, there is an important lack of data available on these migratory flows.

Carlos Roldán (SOLIDAR) and Manuel de la Rocha (MPDL) both spoke in the International Assembly for a Pact for Rights and a Welcoming Europe.

Carlos Roldán presented SOLIDAR’s work on migration and inclusion, touching on the way SOLIDAR works within various networks and platforms and its involvement in the CSOs Convention on the Future of Europe. His speech was also an occasion to stress SOLIDAR’s analysis on the New Pact on Migration and Asylum and reiterate our policy recommendations. Carlos finished by giving a short presentation of the SPRING project, gathering knowledge on sustainable practices of migrants integration. 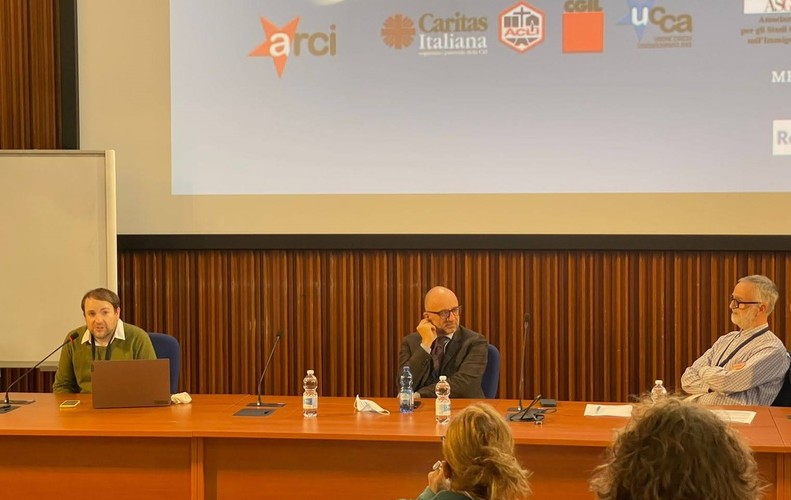 In his intervention, Manuel de la Rocha reflected on the ways the New Pact on Migration undermines fundamental rights, in particular with the new screening procedure and the increase of detention. The proposed ‘’solidarity’’ system is a missed opportunity for a proper relocation framework and lets States choose to focus on returns instead of protection of newcomers. Manuel de la Rocha regretted that the Pact continues on the trend of externalisation of border management. His intervention ended with a call to MEPs, national MPs, governments to listen to CSOs and migrants, and to change this Pact to apply social inclusion strategies, based on access to services and developing a shared citizenship, and to ensure the respect of migrants’ human rights. 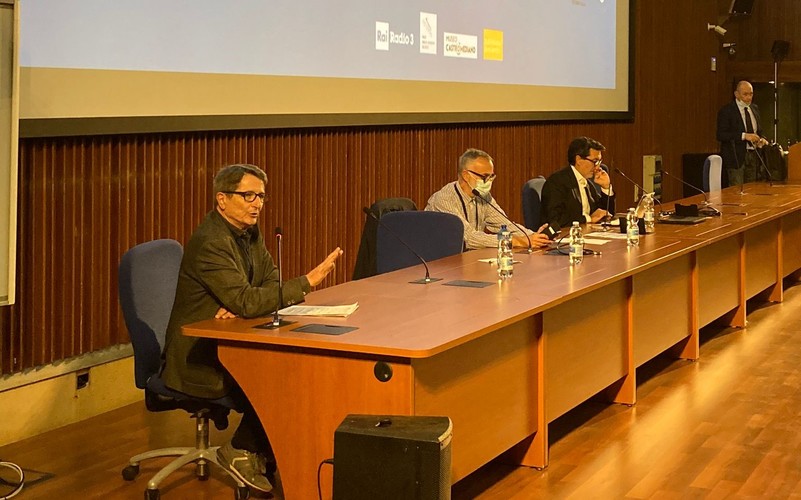 The main takeaways from the Festival as identified in its Final Declaration are the following:  many contradictions surround the Mediterranean basin when it comes to its development model, one that fosters inequalities and compromises the future of the planet. People on the move are amongst the victims, as the Afghan crisis tragically highlights. The European Commission’s proposal for a New Pact on Migration and Asylum of September 2020 is an attempt at curtailing the right to asylum and criminalizing migrants. Sabir stands as a participatory space to build and exchange on political alternatives, starting from civil society and local communities. The main recommendations for a Pact based on solidarity and human rights are to move away from the externalization of migration policies, to develop legal pathways for entry, and to set up and fund search and rescue operations in the Mediterranean, as well as stop criminalizing CSOs for carrying those out.

This activity has been executed with the financial support of the European Union.