SOTEU: did the social dimension get lost in translation?

SOLIDAR and SOLIDAR FOUNDATION welcome Ursula von der Leyen’s recognition of the fragility of the current system amidst the COVID-19 pandemic. President von der Leyen has echoed the sentiment of SOLIDAR and SOLIDAR Foundation’s Secretary General Mikael Leyi on the need to establish a new normality in the EU that caters for all in its pursuit of the common good. Nevertheless, her subsequent presentation of measures to tackle these uncertain times does not seem to match the needs to achieve sustainable development upholding economic rights, social rights and democratic freedoms.

While praising our European social market economy, she fails to recognise that it is this same neoliberal market economy that has led us to these problems in the first place. It is the current economic system that has undressed our healthcare, social services and social security systems leaving a majority of its citizens unprotected in the face of Covid-19 and its economic consequences. SOLIDAR regrets to conclude that, in her first State of the European Union, Von der Leyen failed to put decent work, poverty eradication, social inclusion, skills development and a just transition for all at the heart of the EU’s post-Covid-19 recovery plans.

Despite opening her speech with an ovation to front-line health workers for their efforts and sacrifices, this was not followed-up with commitments to improved working conditions, increased social protection, or a fair transition to a green and digital economy. Other than the temporary additional support for employment protection through SURE, no other proposals were included regarding social protection, despite the disproportionate social and geographical impact of the rise in unemployment and precariousness resulting from the current crises.

While the bar for new ambitions for green and digital transitions has been raised somewhat, President von der Leyen did not express similar ambitions  for tackling the social inequalities that will arise, and no concrete clarifications were provided on the role of the Just Transition Fund to create decent and green employment and tackle energy poverty. At the same time, the 2030 Agenda for Sustainable Development, and its vision of bringing together economic social and environmental policies, was almost absent: is the European Union stepping back from its commitment on sustainability and the 17 Sustainable Development Goals agreed in 2015? Nevertheless, SOLIDAR welcomes the proposals on minimum-wage and anti-racism as well as the attention given to defending LGBTQI+ rights to address the prevalent discrimination.

Adding to the glaring omission of a fair transition to a green and digital economy, the address reveals an incoherence in the Commission’s approach to skills development for the twin transition, as there was no mention of education and lifelong learning to ensure that European citizens are ready for the future. Even though the Updated Skills Agenda was just launched, it was not referred to at all. This echoes the Commission’s initial and limited portfolio allocation and puts into question its commitment to consider the role of skills development for meaningful civic, social and economic participation. The lack of focus on education, and especially on digital education, risks diminishing the credibility of any conversation about ‘Europe’s Digital Decade’. Moreover, the assumption that everyone benefited equally from modern technology during the pandemic, disconsiders those affected by the digital skills and infrastructure gap. Only the latter was addressed, and again from the perspective of the EU’s economic competitiveness and not as a rights issue. We are also worried about the bold and overly optimistic tone in which President von der Leyen discussed artificial intelligence, disregarding the wide range of misuse risks, especially in a context of a lack of digital skills across Europe and without mentioning the need for digital skills development to counterbalance this. SOLIDAR is keen to see the unveiling of the European Education Area package and expects the ambitions to be high and centered on tackling the skills and competence gaps across Europe..

The Moria camp is burning, but the focus on migration remains centered on prioritising the integration of high-skilled migrants whilst increasing resources dedicated to strengthening external borders, third country agreements, and relocation returning schemes. The result being the continued loss of lives of migrants and refugees at sea and inhumane living conditions of migrants stuck in the first country of arrival. While announcing a humanitarian approach, Ursula von der Leyen puts the single market at the heart of her call for EU solidarity.  In essence, her speech falls short of considering migrants’ human rights and welfare. SOLIDAR awaits the concrete plans to be presented in the announced New Migration Pact, for further clarifications and expects ‘legal pathways’ to migration, also for the so called low-skilled migrants, to be an essential part of it. We demand solidarity and inclusion to form the basis of a new governance on migration, rather than criminalisation and selectivity. Our network, which counts several organisations working on the ground for migrants’ rights  across the Southern borders of the EU, will be alert to make sure the strengthening of external partnerships on migration does not result once more in migrants and refugees becoming pawns in international power struggles.

SOLIDAR welcomes the call to European Members States to allow the EU to be bold on human rights abuses, by reforming the voting system within the Council and moving to qualified majority voting allowing sanctions when needed. Yet, for the EU to be a credible defender of human rights outside its borders, it needs to be able to walk the talk and defend human rights and the rule of law inside its own borders, with much greater force.

The President’s speech positively highlighted the strong links characterised by proximity and shared interests between the European Union and Africa, as well as the will to strengthen them. Yet, SOLIDAR considers that a “partnership of equals” cannot neglect the wide development differences existing on the African continent, and the increasing level of inequality within the countries. In this regard, the European Union should continue to be a strong development cooperation partner ensuring policy coherence for sustainable development, and partnering with civil society organisations and trade unions in the fight for decent work and social protection for all.

Finally, SOLIDAR welcomes Commission's President strong stand against corruption and conflict of interest in the use of European funds and encourages her Commission to identify and enforce effective mechanisms of control in this regard, in order to avoid the misuse of public funds which are so needed for the social, environmental, and economic recovery of Europe. 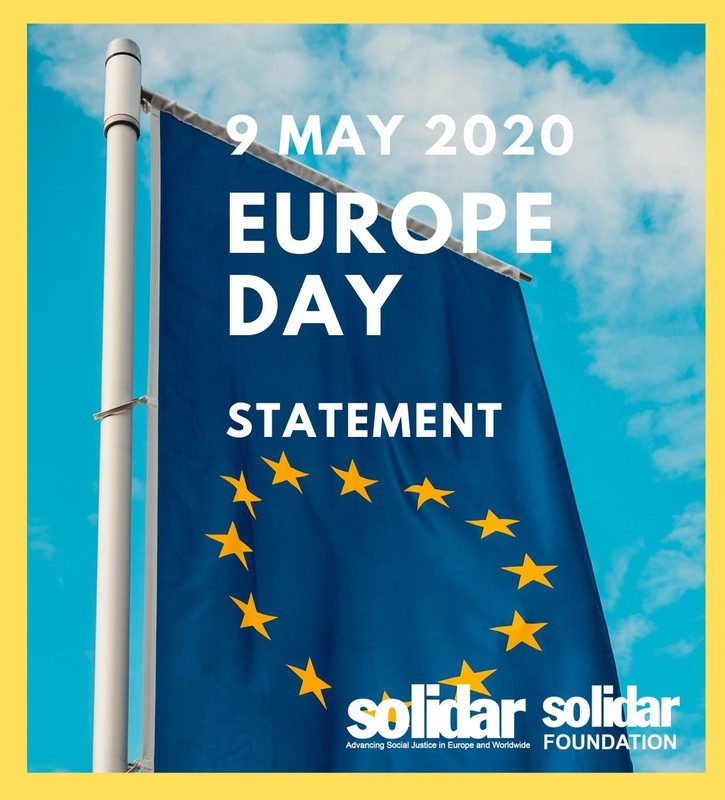 "The time for the EU is NOW" - Statement by our President