The answer to the question: why they could not bring migrants back to Libya?

The political situation in Libya is becoming more and more worrying and the rivalry between General Haftar and Prime Minister Serraj holds the country in a tight grip. The willingness of the Libyan government to release between six and eight thousand migrants risks not only destabilising Libya but also causing panic among European governments, terrified of the consequent influx of migrants that could result. Last week, dozens of migrants died in the bombing of a detention centre near Tripoli. Despite this, many Europeans still insist that Libya is a safe place and that the Libyan coastguard can be a good ally in managing migration flows to Europe. This illustrates how political opinions are often inaccurate and points to the need to address this issue on more solid grounds than mere opinions: international law provides the main grounds. Article 33 of the Geneva Convention affirms: “No Contracting State shall expel or return a refugee in any manner whatsoever to the frontiers of territories where his life or freedom would be threatened on account of his race, religion, nationality, membership of a particular social group, or political opinion, or where he would be exposed to the risk of being sent to a territory where his life or freedom would thereby be endangered.” The text of the Convention, commonly known as the non-refoulement principle, is more than clear and does not lend itself to any kind of opportunistic interpretation by sovereign governments. Considering the obligation of Member States to respect international rules and the hierarchy of these, a solution to this crisis seems more than urgent.

The United Nations should start the procedures to resettle the approximately 60,000 migrants present in Libya as soon as possible and the European Union should organise a secure rescue operation and should condemn and stop the criminalisation of NGOs by some Member States.

SOLIDAR calls for a prompt solution to this humanitarian crisis which begin with: 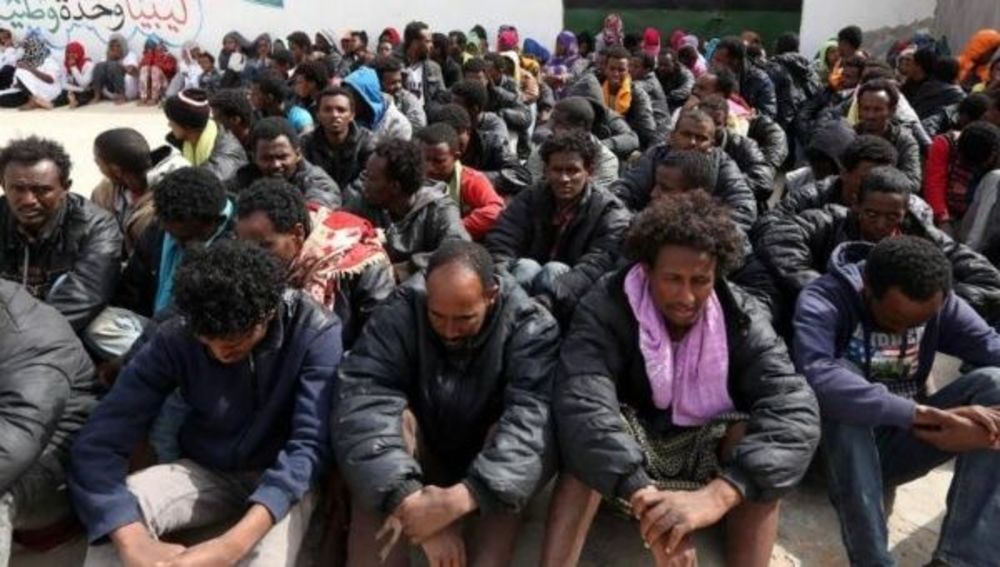 Decent Work, Social Protection and Freedom of Association in the Middle East and North Africa