The European Union is currently going through a deep crisis and struggles at several levels and various fronts. One specific problem is the identity and belonging crisis as well as the associated integration and radicalisation crisis. Europe is at a particular point in history where the fear of the ‘other’ threatens to gain the upper hand and its welcome policy is largely being questioned.

In order to tackle these challenges, MEP Julie Ward prepared a report on intercultural dialogue, cultural diversity and education in promoting EU fundamental values. SOLIDAR Foundation together with other major civil society organisations have been consulted at the early stage of the report making by Ms Ward and had the opportunity to contribute with recommendations and observations coming from the practitioners’ side. On 19 January 2016 the European Parliament adopted Ward’s report large majority. The report aims to build upon a common agreement reached by all 28 EU Education Ministers in the aftermath of the Paris attacks – the Paris Declaration- and to tackle marginalisation, intolerance, extremism and radicalisation and to provide a common framework for equal opportunities for all. It recognizes the unique role that culture, inclusive learning and active citizenship can play in building strong, resilient and cohesive communities of the future. Moreover, at the core of the discourse lies the possibility for increased self-knowledge which is the first step in beginning to understand ‘the other’. Accepted intercultural theory suggests that we learn most about ourselves when we see ourselves reflected in others. Knowing oneself is important for self-confidence and the development of social skills, all of which can help the process of integration as well as prepare one for active citizenship.

SOLIDAR Foundation is very pleased that this report has been adopted with such strong support (554 MEPs in favour of the report, 147 abstentions, 12 MEPs against the report). We believe that education and intercultural dialogue are strong and essential tools to fight xenophobia, racism, intolerance and radicalisation. Participation in lifelong learning fosters personal fulfilment, social integration and active citizenship as people undergo the process of developing social, civic and cultural competences. To increase its impact and to promote solidarity, social justice and fundamental values in our society, SOLIDAR Foundation recommends that Member States promote intercultural dialogue and citizenship education at an early age. Citizenship education and intercultural dialogue are a lifelong learning process and should be offered in all forms of education – in formal and non-formal settings.

On the local level, our members are already taking concrete actions with regards to intercultural dialogue and citizenship education. In France, La Ligue de l’enseignement has launched a very interesting project. The project “Jouons la carte de la fraternité” (Let’s play the fraternity card) arose from a simple idea: message in a bottle. Every year on 21 March, on the International Day for the Elimination of Racial Discrimination, children and teenagers send postcards to anonymous people whose names have been chosen randomly in the phone book of their district (département). Each postcard is made of a photograph and a fraternity message written during a writing workshop. The recipients are invited to send their answer with a detachable part to the local office of la Ligue de l’enseignement of their département, where it is then forwarded to the young senders. The project is based on the principle of fighting against the banalization of discriminating words using picture and image education and to promote schools as tolerant and humanist/secular places where children learn how to live together. By projects like this, reaching out to the general public we work on raising awareness and building inclusive communities. 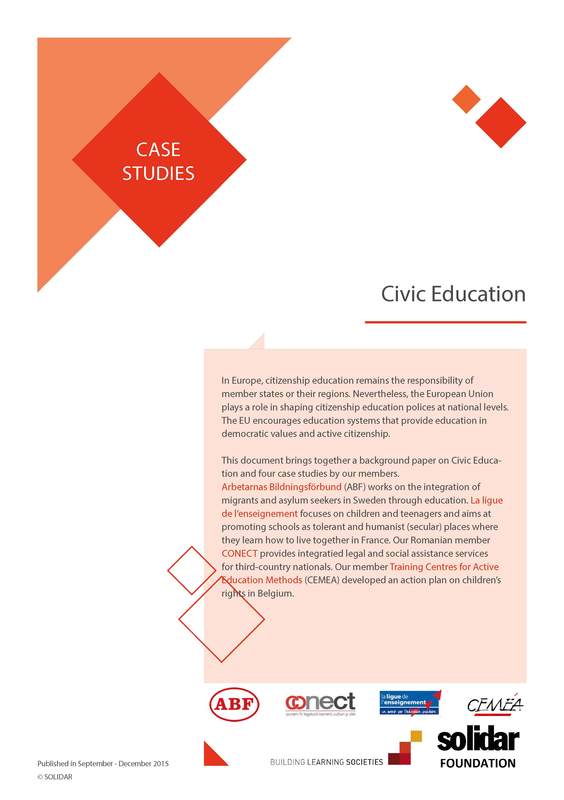