"We need 21st century answers" says Markus Töns, Vice-Chair of the Committee of European Affairs in the German Bundestag and SPD MP, when visiting SOLIDAR.

"We need 21st century answers" says Markus Töns, Vice-Chair of the Committee of European Affairs in the German Bundestag and SPD MP, when visiting SOLIDAR.

Coming from the Ruhr region and the city of Gelsenkirchen, he pointed out that, with an unemployment rate of 14% and 17% of votes for the AfD, there is a need to find answers to motivate and mobilise citizens for the European elections.

Although strong economies are needed, the focus on economy and growth that the EU and their members stated have had for the last couple of decades was too narrow. "It's no longer enough to grow if the poor remain poor, if there's a clear brain drain in certain countries, if social security systems are being dismantled all across the EU. A new narrative needs to be created and a new kind of politics needs to be put in place."

The future of Europe in the light of the European elections in 2019 was at the core of the conversation. Töns repeatedly mentioned solidarity, especially north-south, as the key word and answer to the populism that's spreading to every corner of the European Union, an EU that apparently has forgotten one of its foundational values that has to be reclaimed - solidarity which needs political choices and policies to be put in place, starting with investment in the common good.

When more specifically discussing populism and the consequences it has in the European political arena, Töns brilliantly phrased that for those ideologically living in the 19th century - with racism, homophobia, nationalism at the core of their believes - we have to provide answers from the 21st century. Progressives need to build another narrative.

He welcomed the internal vote of the SPD creating an opportunity to translate the coalition agreement into action and paving the way for continuing German commitment to Europe by taking a more important share in financial contributions. 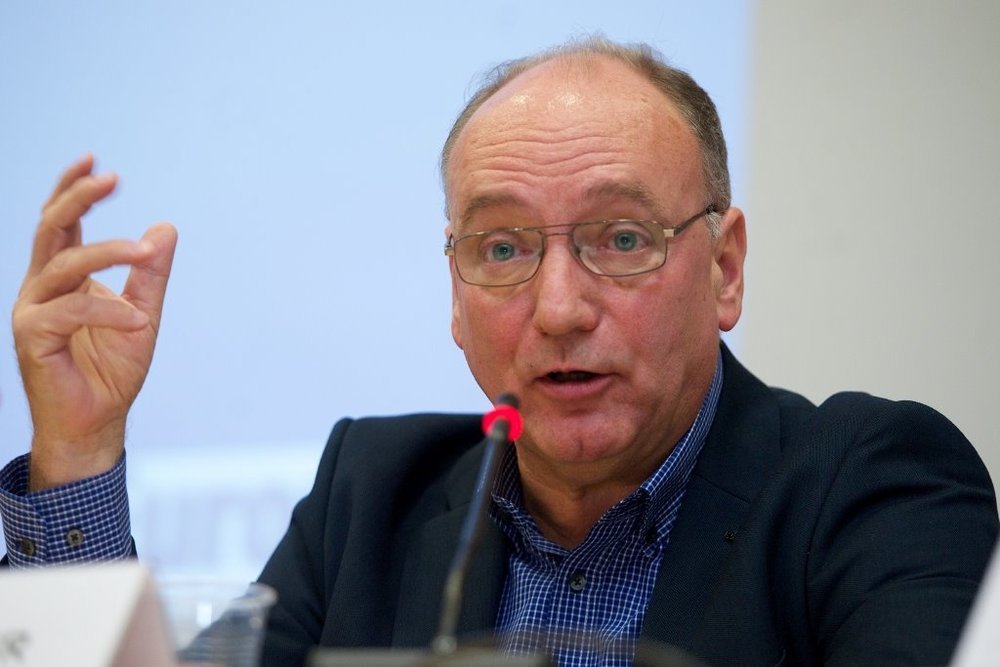