Will they stay or will they go?

Today would have been D-day if there had been any clarity in  in the UK’s position on Brexit. For continental Europeans it is difficult to understand what is going on: what does the government want? What does the Parliament want? What does the opposition want? Are they just on stand-by for new elections and do they have a common line? And shall a new government focus on renegotiations (which the EU rightly refuses) or on building socialism, in Britain? Are you serious? The only clear statement came last Saturday in the streets of London from civil society: the huge march of several million for Remain. A little late, but never too late. It was at least a strong demonstration of common sense.

The “BREXITEERS” should be ashamed of acting as if nothing is going on. Their lies and their fake propaganda have deteriorated the political climate and divided the country. “Regaining control” of what? Their concept of control does not apply in the age of globalisation. Isn’t it really about the amputation pain felt by a former global player having delusions that it still is, naively convinced that bilateralism would be more effective than multilateralism. As well as the media campaign, in a very  British fashion cultural creativity has also accompanied this thinking of “taking back control”. Was it by pure chance that two major films came out during this time: Dunkirk and Churchill. The stories they tell are history but they are also indirectly in line with the key message of the leave campaigners: us against the others for the sake of our country. What was right in 1940 and in 1944 is not right in 2019. The story is different.  Impending confrontation, the risk of new fascism and even wars cannot be contained by a ”sovereign” UK, it needs alliances and partnerships. A united Europe, not a divided one.

What is going on in the UK is a disaster and has increased the divisions and divides. First of all, there is the social divide: the rejection of the EU in the referendum was about a feeling of being left behind. Not among the Farages, Johnsons or the other millionaires supporting and financing the BREXIT campaign. No, by those UK citizens who feel left behind, who do not benefit from social progress, from social protection and decent work, who do not have access to quality public and social services as their governments since Thatcher, including the champions of the Third Way, have all continued to privatise at all costs.

All different, all equal? Certainly not. What happens in the UK also challenges us when it comes to our conviction that representative democracy shall be supported by direct democracy. In recent times referenda have not improved democracy, they have increased and deepened the divisions. Who pays the price? Democracy and the citizens. Including Civil Society Organisations, NGOs and charities who will not be able to benefit from the European grants and programmes once the UK has left.

However, we will continue our cooperation with our British members and partners. Europe is more than a market and the free movement of goods and capital. We are Europe! Together! And we want you to stay! 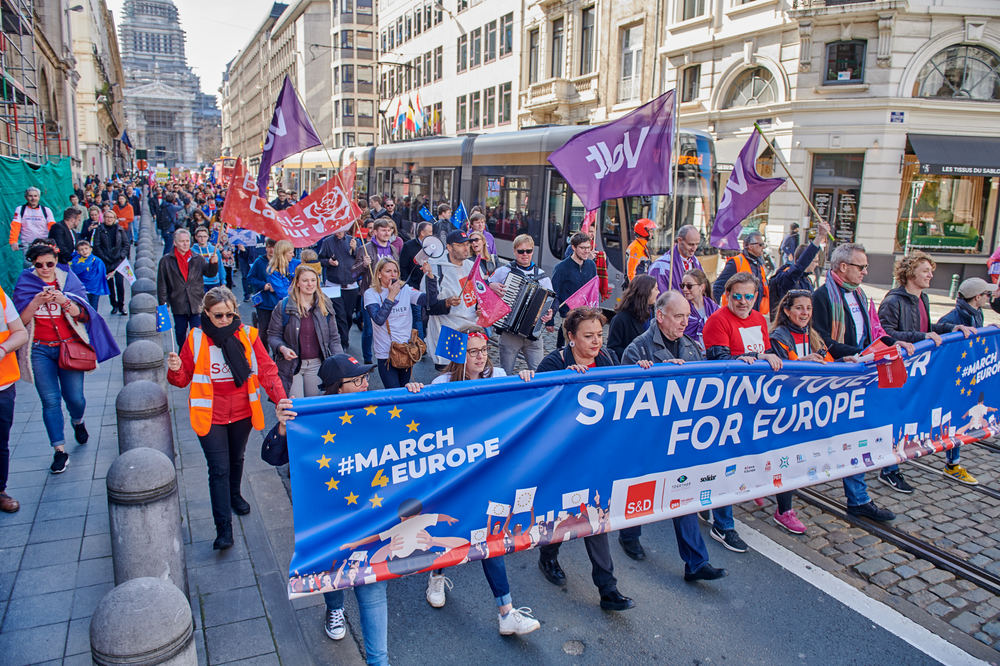