This week SOLIDAR together with its member ASB and partners of the IRIS network participated in an exchange of views on the European enlargement process and the state of play in the Western Balkan countries organised by the S&D group in the European Parliament. At this meeting representatives of civil society organisations presented their feedbacks on the progress of Western Balkan countries towards the Enlargement process and provided specific information about the situation in the countries most affected by the refugee crisis. In October, the European Union decided to allocate an additional 17 million euro to help Serbia and FYROM to cope with the refugee influx.

According to the feedback collected by SOLIDAR as result of an extensive consultation with members of the IRIS network, since the beginning of the refugee crisis Serbian authorities have been working to develop sustainable answers. However, cooperation with civil society and local governments has been almost absent. Moreover, in many reported cases the needs of beneficiaries have not been taken into account by the central government when allocating funds for tackling the refugee crisis through the Commissariat for refugees and Migration. In Macedonia since the end of August 2015 borders have been closed to prevent the arrival of new refugees and force have been used to push them back. Therefore, SOLIDAR stressed that more efforts are needed to promote protection of human rights in the region and to strengthen cooperation of governments with CSOs.

In light of these developments, members of the IRIS network and partners of the project “Improving the provision of Social Service Delivery in South Eastern Europe through the empowerment of national and regional CSOs” coordinated by ASB will meet in Brussels on 10 November to discuss with policy makers about the link between EU Enlargement and EU migration policies and explore tools to support CSOs providing humanitarian aid and support to socio-economic integration of migrants and refugees. 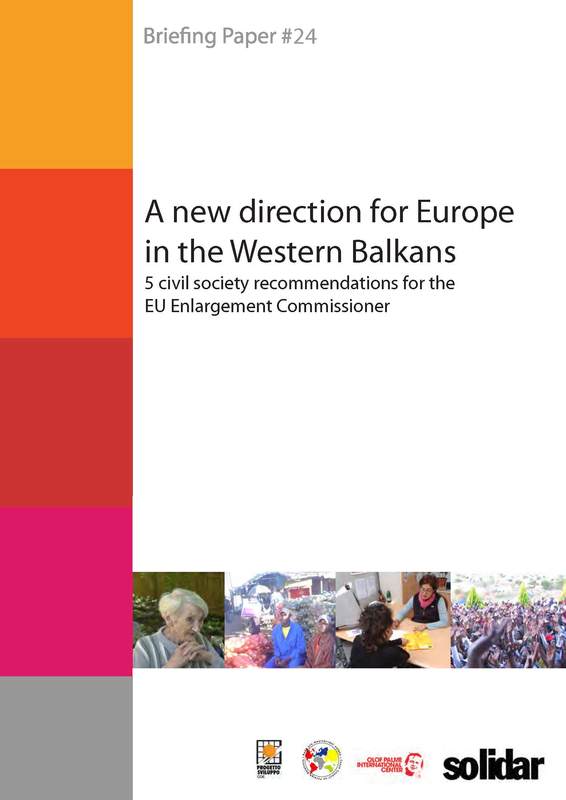 A new direction for Europe in the Western Balkans