The Social Protection Monitor and Social Rights Monitor are tools developed by SOLIDAR members of the International Cooperation Committee, to allow partner organizations and allies to evaluate the priorities of the EU in the framework of the European Neighbourhood Policy and EU development and cooperation programs with selected countries. We believe that by joining our visions and ideas for Social Justice and by providing sound assessment, we can work together to develop modern pluralistic societies based on democracy, equality, economic, social and cultural rights.

The Social Protection Monitor is a tool developed by SOLIDAR, the Friedrich-Ebert-Stiftung (FES) and the Africa Platform for Social Protection to consult partner organisations on the priorities of the 11th European Development Fund’s (EDF) National Indicative Programmes (NIPs). Within this framework eight country studies have been published (in collaboration with our members Solidarité Laique, Solidarité socialiste, Solidar Suisse, FICEMEA and FOS).

Prior to the revision of the European Neighbourhood Policy, SOLIDAR, the Arab NGO Network for Development (ANND), and the Euromed Non-Governmental Platform invited civil society organizations, think tanks, social movements, local development agencies and independent trade unions to comment the Progress Reports developed by the EU on the implementation of the European Neighbourhood Policy. Seven Social Protection Monitor reports were published in 2015.

With this new method, ‘consultations’ are being conducted within the seven countries covered by the project ‘Decent Work, Social Protection and Freedom of Association in the Middle East and North Africa: Mobilizing for Social Justice by strengthening and promoting CSOs, social movements and independent trade unions’ role in reforms and democratic changes’. Feedback are collected on the basis of online questionnaires (both in French and English), offering room for civil society organizations, independent trade unions and social movements to provide substantial contribution. In 2017, seven country reports and one regional report were drafted and published in 2018.

In 2019, SOLIDAR undertook a compilation of the Social Rights monitor reports dating from 2013 till 2018 to create country profiles, highlighting the evolution of Social Protection, Decent Work and Freedom of Association over the years. In parallel, SOLIDAR created a scoreboard offering a comparison country by country and year by year on the progress made while visualizing the current state of play of these rights. 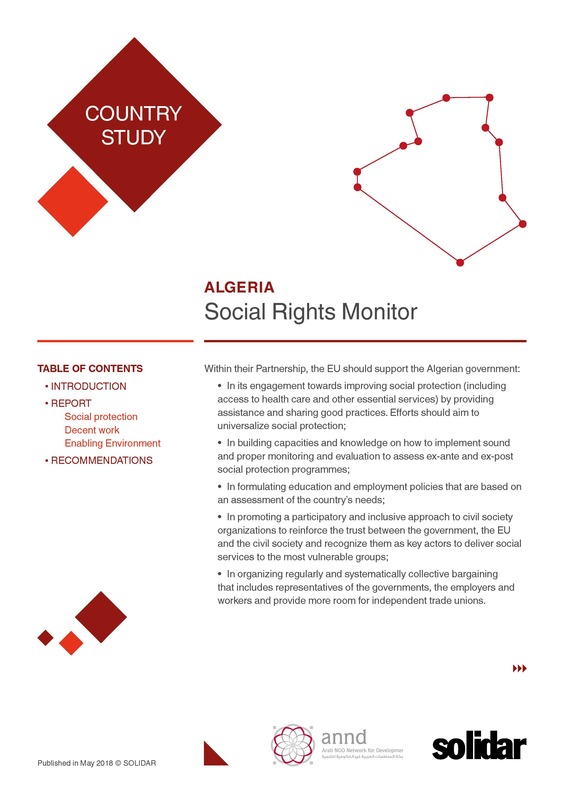 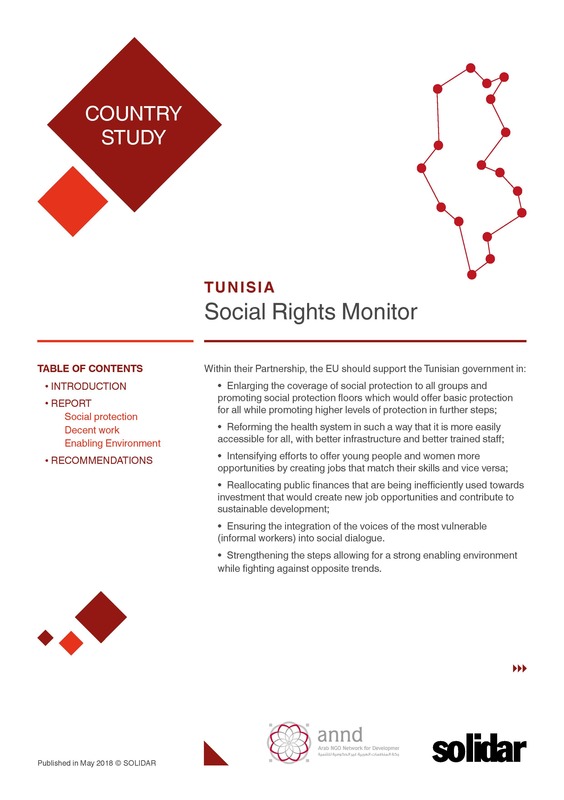 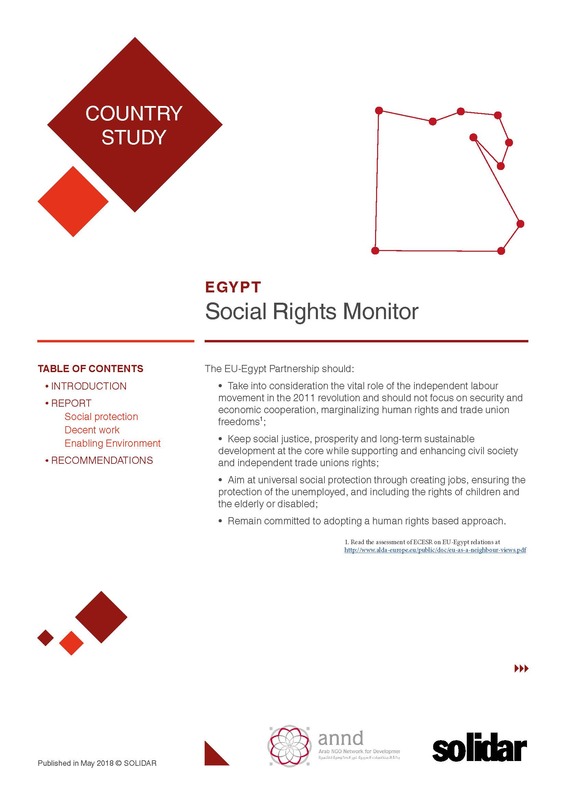 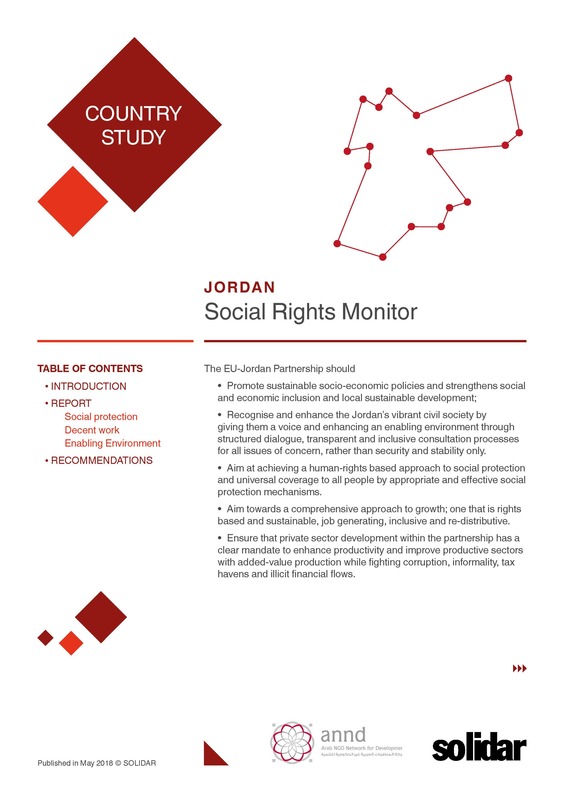 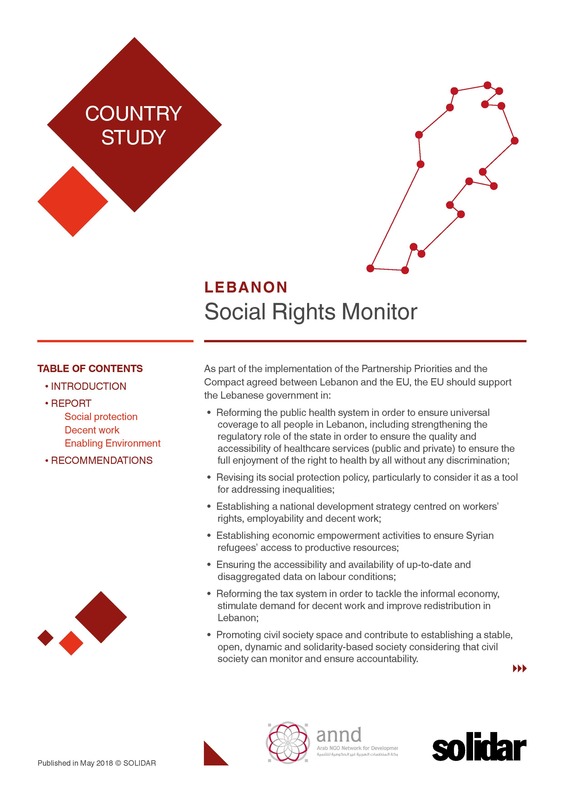 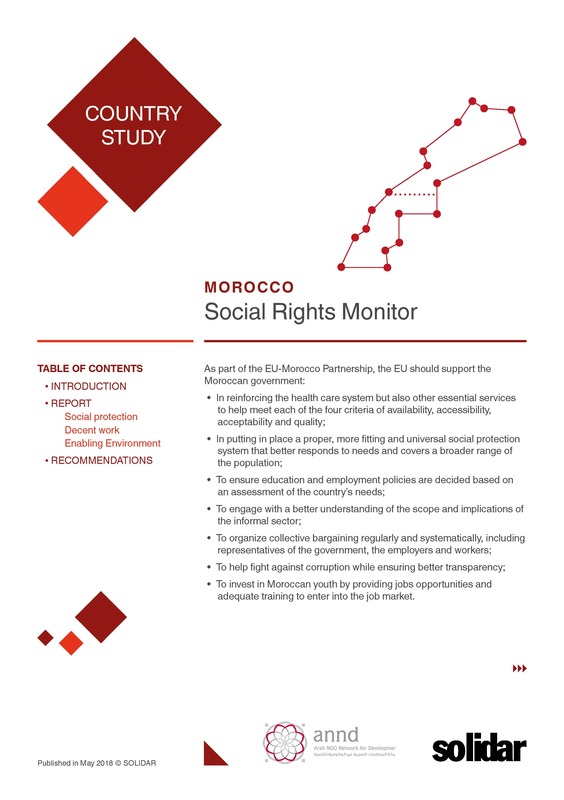 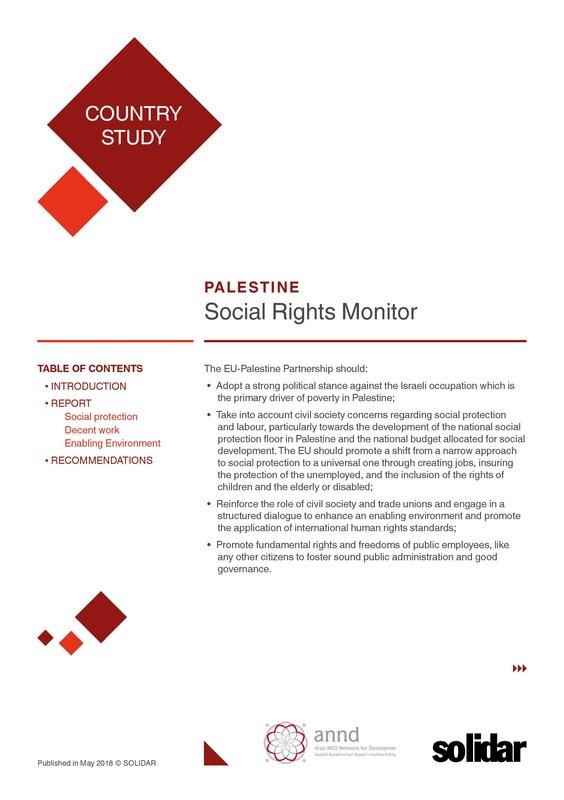 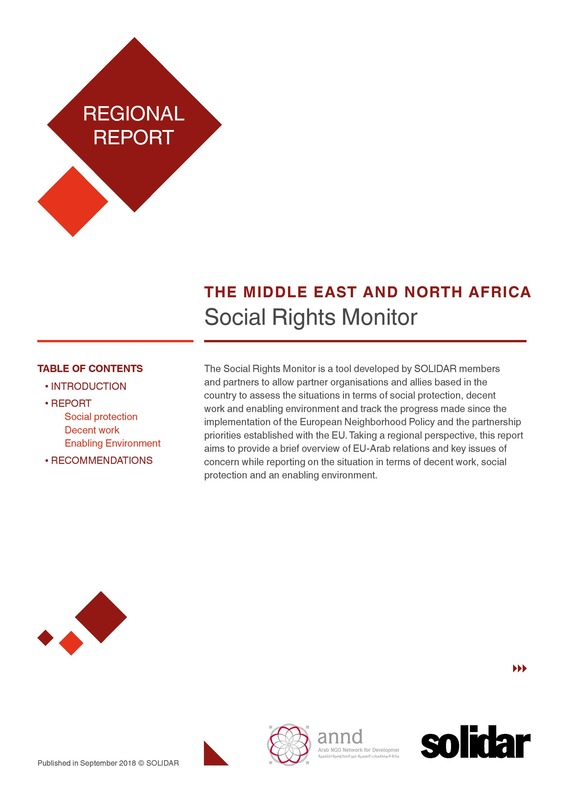