For more than 20 years, Silver Rose Awards has been celebrating Civil Society Organisations and individuals whose extraordinary struggles contribute greatly to social justice and solidarity throughout the world. The collectives, movements, activists, civil society organisations we have awarded for their long-lasting commitment to social justice in their respective communities, often do so at a great risk. The Lifetime Achievement award is our way to acknowledge and celebrate the efforts and struggles in promoting and defending values we hold close to our hearts and that guide our work as progressives every day.

This year's Lifetime Achievement Award goes to Lee Cheuk-yan, former General Secretary of the Hong Kong Confederation of Trade Unions (HKCTU) and former chairman of the Hong Kong Alliance in Support of Patriotic Democratic Movement in China. Throughout his life, Lee Cheuk-yan has organised and worked to advance and protect workers’ rights in a context where the rights to freedom of peaceful assembly and association  are significantly curtailed. For his long-standing work as a trade union leader, Lee Cheuk-yan has been prosecuted and sentenced to 20 months of imprisonment for organising and participating in  public protests between 2019 and 2020; Lee is currently being held on remand for the alleged crime of  “inciting subversion of state power” under the PRC National Security Law in Hong Kong adopted by China in 2020 (NSL).  The situation of civil liberties and fundamental rights is worsening all over the world. Civic space, where citizens actively engage, express their opinions, join movements, organise and participate in protests, is shrinking. Worrisome trends of police brutality, lack of funding for CSOs, censorship, imprisonment of protestors, lack of media freedom can be observed in countries all over the world. According to the CIVICUS Monitor, only 3.4% of the world’s population lives in countries in which there is an open civic space in place, whereby people and groups can exercise their fundamental rights and freedoms of speech, assembly and association in society.

However, in the case of Hong Kong, the situation has deteriorated radically since the promulgation of the NSL. Political dissidents face detention or exile, trade unions are dismantled, repressive laws such as NSL do not allow people to exercise their fundamental freedoms. Many like Lee Cheuk-yan are faced with incarceration. . Their only crime is  they dare to speak up against such repression with conscience. This award is a recognition to all the people who fight for human rights and civil liberties in Hong Kong. As one of the slogans held during the 2019 Anti-Extradition Bill Movement in Hong Kong reads: "Hong Kongers are not to be defeated".

Comrade Lee has fought all his life for the rights of people, workers in particular, of Hong Kong and has the courage to follow his convictions with resilience and perseverance regardless of all cost. As progressive family, we stand in solidarity with Lee, HKCTU and all political prisoners and we are humbled to be giving the Lifetime Achievement to such an outstanding trade unionist, who defends democracy above all.

The Lifetime Achievement Award goes to Mr Cheuk-Yan for his outstanding contributions and perseverance in building the independent trade union movement in Hong Kong, upholding peace and non-violent struggles in the pro-democracy movement in Hong Kong and mainland China. He serves as an example for all of us and the need for personal commitment, dedication and struggle to advance our progressive values. 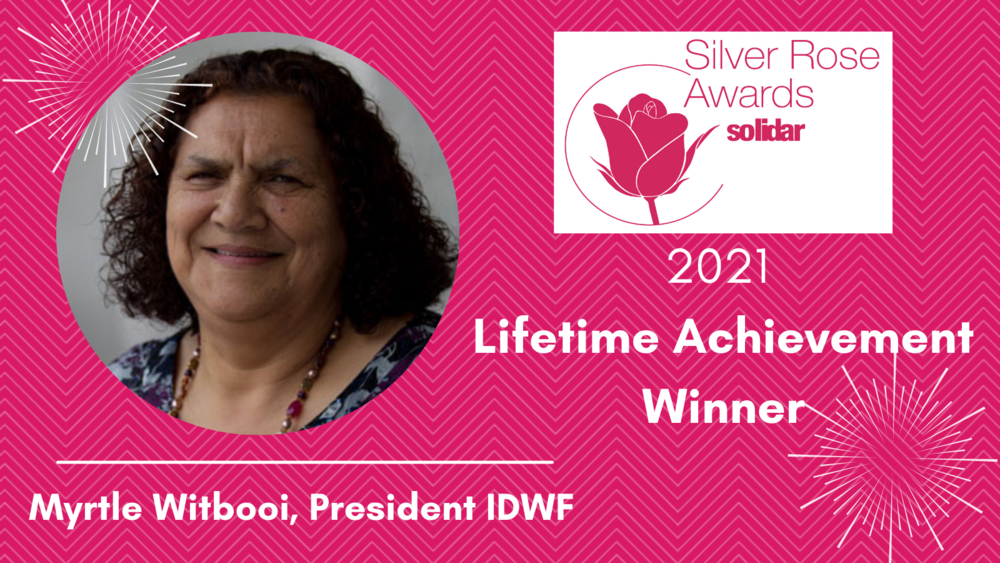